The American Literature Collection dates back to 1940.  Numbering some 65,000 volumes, this author-based collection of North American writing emphasizes the period from 1850 to 1975.

A founding portion of the Collection is Hamlin Garland's (1860-1940) library. A younger contemporary and acquaintance of Mark Twain, Garland became known for writing in realistic fashion about the upper Midwest when it was still the frontier. Later, his interest turned to the Rockies and the Far West; he spent his last decade in Los Angeles lecturing at USC, where he was welcomed as the "Dean of American Letters."  Special Collections also houses Garland's papers.

The American Literature Collection contains files of Ambrose Bierce's seldom-seen journalism. Bierce is usually known for his Devil's Dictionary and for the much-anthologized "Incident at Owl's Creek Bridge" and other Civil War stories. Most of his other writing was for various papers and magazines; USC houses a large amount of this material. The Collection also includes letters and articles written by his younger contemporary Jack London, as well as many of his largely forgotten books.

Another area of strength is documentation of the Beat poets, including the materials collected by Lawrence Lipton that include recordings, magazines, and ephemera from Los Angeles's answer to the Beat Poetry movement in San Francisco. Lipton was the god-father and catalyst of the Venice "coffee-house scene" of the late 1950s and 1960s. 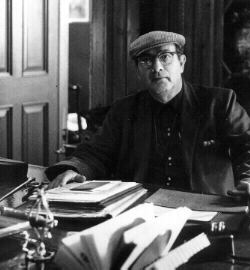