Office of the Dean

Catherine Quinlan was appointed dean of the USC Libraries on August 1, 2007, and is the inaugural holder of the Valerie and Ronald Sugar Dean’s Chair, endowed and named by USC Trustee Ronald Sugar and his wife Valerie (MS '72), a graduate of USC’s previous library science program. Recently reappointed for a third term, Dean Quinlan guides the university’s efforts to establish the model for the 21st-century library by providing leadership for USC’s library faculty and staff; collaborating with other university deans, faculty, students and friends to develop resources for scholars; and building partnerships with art, museum, library, and other institutions throughout Southern California. 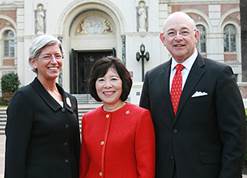 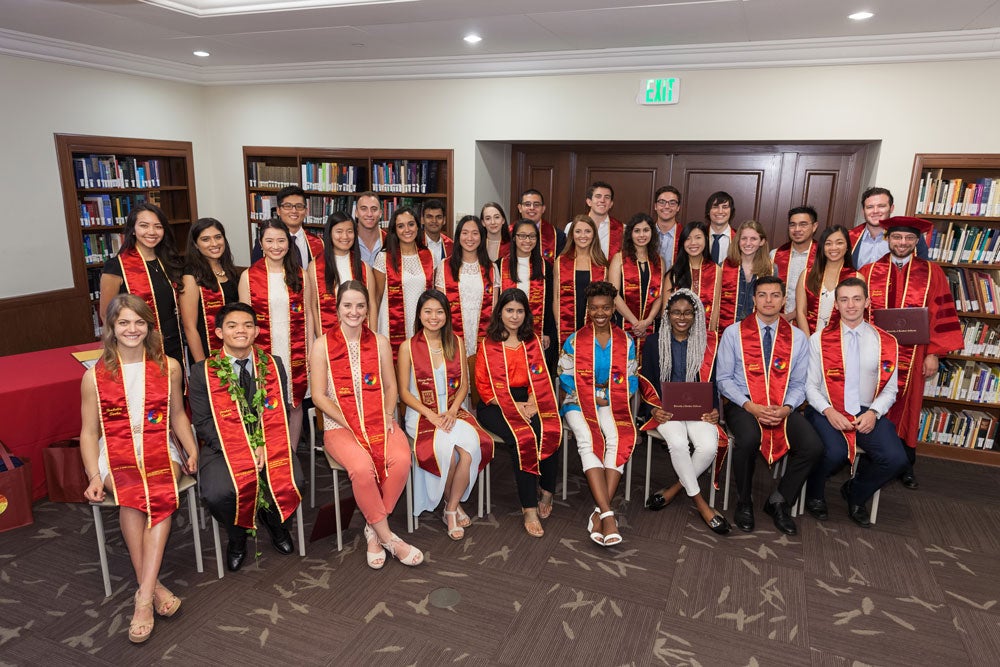 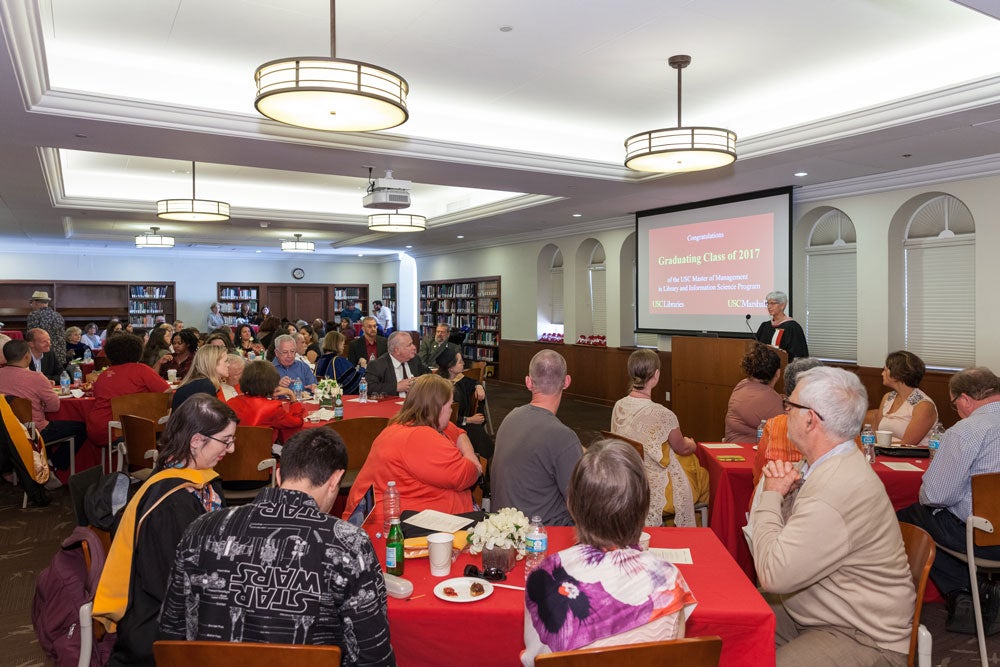 Quinlan has begun several new programs to expand the libraries’ support for teaching, learning and research on campus as well as to expand the libraries’ impact and influence beyond USC. The USC Sidney Harman Academy for Polymathic Study, established as a unit of the libraries in 2011 and endowed with a gift from the Harman Family Foundation, brings together students and eminent faculty to cultivate polymathic perspectives and integrated, interdisciplinary practices in teaching, research and artistic creation. In collaboration with the USC Marshall School, Quinlan developed and launched the Master of Management in Library and Information Science program, which received full, seven-year accreditation by the American Library Association in 2017.

Working with partners in USC ITS and the USC Shoah Foundation Institute, Quinlan established the USC Digital Repository, one of the most advanced providers of digital preservation and access services for academic and corporate clients, including the Academy of Motion Picture Arts and Sciences. Drawing upon the libraries' strengths in California and regional history, Quinlan partnered with KCETLink, the largest independent public broadcaster in the country, to produce the television series Lost L.A. Lost L.A. draws upon the libraries’ collections, and those of L.A. as Subject members, to engage filmmakers in telling the stories of the city and the region and to showcase USC’s role as a source of scholarship on and understanding of Los Angeles as a Pacific Rim metropolis.

Quinlan came to USC after a decade at the University of British Columbia (UBC), where she headed a library system encompassing 300 full-time staff members and more than 21 sites. Beginning in 2004, she also served as managing director of UBC’s Irving K. Barber Learning Centre. Before joining UBC, she spent seven years as director of libraries and chief librarian at the University of Western Ontario, and as an adjunct professor in the university’s Graduate School of Library and Information Science. Previously, Quinlan oversaw the health sciences library at Memorial University of Newfoundland and was a member of the adjunct business administration faculty.

She holds an MBA from Memorial University of Newfoundland, a master of library science degree from Dalhousie University and a bachelor of music degree from Queen’s University.