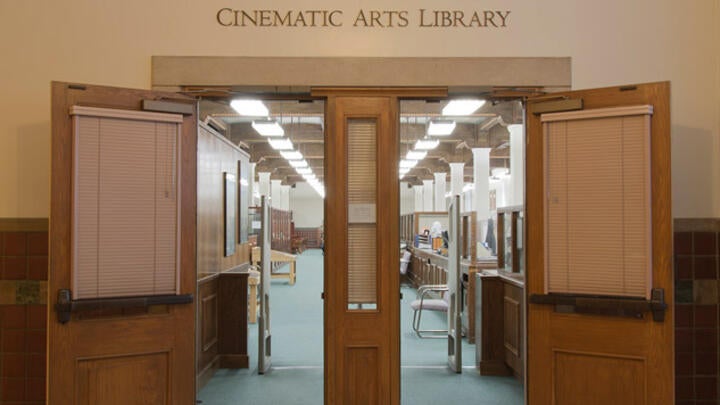 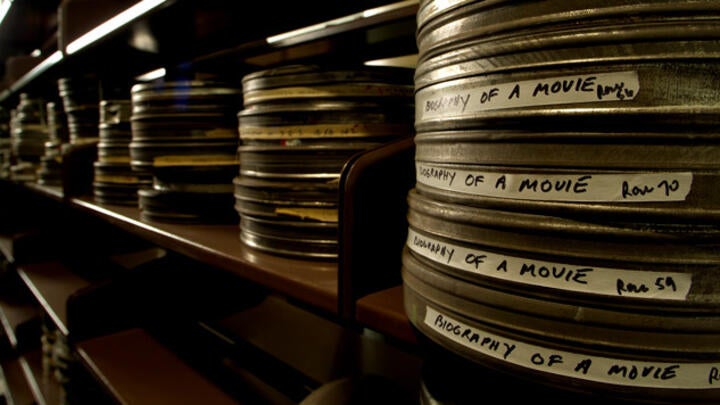 Collections in the Cinematic Arts Library Archives are now available for consultation by USC faculty, staff, and students. Researchers please be aware due to the impact of COVID-19 we are drastically understaffed, so allow six to eight weeks for most archival research requests to be filled

The University of Southern California Cinematic Arts Library's primary mission is to support the curriculum of the School of Cinematic Arts and to foster study and research. In addition to an extensive book collection, the library also holds many archives focusing on the history of the film industry and containing many rarely seen photographs, as well as scripts, scores and other artifacts.

The Cinematic Arts Library is committed to becoming a multimedia archive of materials ranging from the raw materials that go into the making of motion pictures, to the finished products themselves, and to all of the new technologies for preserving the moving image and presenting it to a new generation of filmgoers. The library promotes interdisciplinary teaching and collaborative projects such as digital imaging and archiving.

The Cinematic Arts Library is located on the ground floor of the Doheny Memorial Library on the University Park campus.

There are no posted reference hours at the Cinematic Arts Library, but please contact the library for reference questions and to schedule a time when a staff member can be available to answer any reference inquiries.

The Louis B. Mayer Film and Television Study Center

Established through a grant from The Louis B. Mayer Foundation, The Louis B. Mayer Study center offers a viewing collection of almost 13,000 motion picture and television titles in DVD, Laser disc, and VHS formats. Videos may be checked out by USC faculty for classroom screenings in all disciplines, or may be placed on course reserve in Leavey Library if not required for cinema and television classes.

The Study Center maintains 20 viewing stations open to Cinema and Theater majors, and to all students enrolled in the School of Cinematic Arts film and television courses, the Thornton School of Music's film scoring classes, or with a legitimate USC course-related assignment. Other students may view films in the Leavey Library's 24 hour DVD Center. All viewing within the Louis B. Mayer Study Center must be course-related in accordance with U.S. Copyright Law governing public exhibition.

Requests to view videos for individual course-related research may be made.

The David L. Wolper Center for the Study of the Documentary

The David L. Wolper Center is closed until further notice.

The producer of some 800 collective works, David L. Wolper is a recipient of the Jean Hersholt Humanitarian Oscar from the Academy of Motion Picture Arts and Sciences and an inductee to the Television Hall of Fame. Throughout his career, Mr. Wolper's television programs received more than 50 Emmy, 7 Golden Globe, and 5 Peabody Awards. His motion picture films garnered 20 Oscar nominations, and 3 awards.

David Wolper donated his personal archives to be housed in the David L. Wolper Center at the University of Southern California. This collection of memorabilia traces Wolper's career over the past half-century of entertainment and covers the process of filmmaking from the initial stages of development through distribution. The holdings of the David L. Wolper Center are primarily paper materials and viewing copies of his films on tape or DVD.  The Wolper Center does not have his actual films or the original footage that he used to make them.

The David L. Wolper Center is located on the ground floor of USC's Doheny Memorial Library. Please contact us for an appointment.

The Warner Bros. Archives are closed until further notice.

Presented to USC by Warner Communications in 1977, the USC Warner Bros. Archives is the largest single studio collection in the world. It is the only collection to bring production, distribution and exhibition records together to document the activities of a vertically integrated studio. The making of many classic films such as The Jazz Singer, Casablanca and Rebel without a Cause is documented from story purchase through theatrical release and chronicled down to the daily contributions of writers, directors, producers and actors.

The USC Warner Bros. Archives contains the records of Warner Bros. Pictures Inc. and its motion picture-related subsidiaries (including First National and Vitagraph). The records document the period from 1918 (the release of the brothers’ first major feature film) through 1968 (the sale of the studio to Seven Arts). Also included are extensive production records for Warner Bros. television series from 1955-1968. The holdings include:

Materials may be viewed by appointment only.

The Warner Bros. Archives are managed by the School of Cinematic Arts.