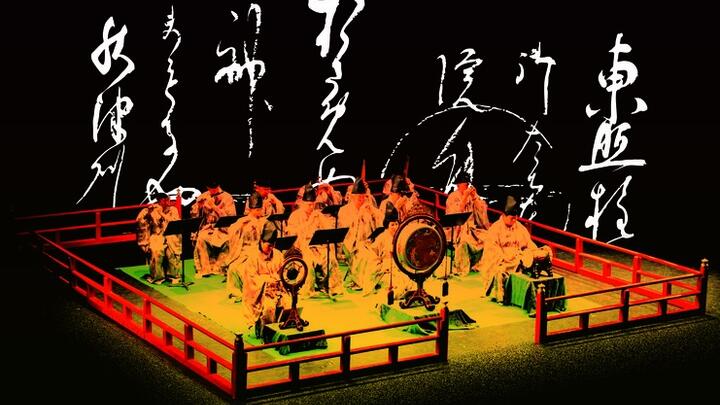 DESCRIPTION:
Join us for a poetry contest modeled after the kind that was popular in eighth-century Japan. Two teams of USC students will be challenged to compose traditional five-line waka poems about everyday topics such as love, memory, and joy, followed by a few rounds of live, competitive reading to be judged by waka expert LeRon Harrison. The team that triumphs will be honored by original Japanese court music inspired by their poetry and performed by Kinnara, Inc. They’ll also enjoy bragging rights for all time.

Cheering is encouraged and poetry-inclined members of the audience are invited to play along.

Bios:
LeRon Harrison received his PhD in East Asian Languages and Culture from the University of California, Irvine, and was a postdoctoral fellow at Stanford University. His diverse interests include Heian and Kamakura­–period waka poetry and poetics, interactions of Chinese and Japanese poetry and poetics, Japanese imperial court music, Japanese animation, Asian martial arts, and critical theory and philosophy. He has been a practitioner of gagaku, Japanese imperial court music, and a member of the Los Angeles–based Kinnara Gagaku for more than a decade.

Kinnara, Inc. was formed by Buddhist priests of Los Angeles’s Senshin Buddhist Temple in an effort to reestablish the practice and performance of traditional Japanese performing arts in the United States. It is composed of two Japanese American performing arts ensembles: Kinnara Gagaku, which has played traditional music performed in the Imperial Court of Japan, in religious institutions, and for community activities in Japan and within the Japanese American community since 1969, and Kinnara Taiko, the second taiko group formed in the United States.