ONE Archives at the USC Libraries: Rated RX: Conversation with Yetta Howard and Sheree Rose 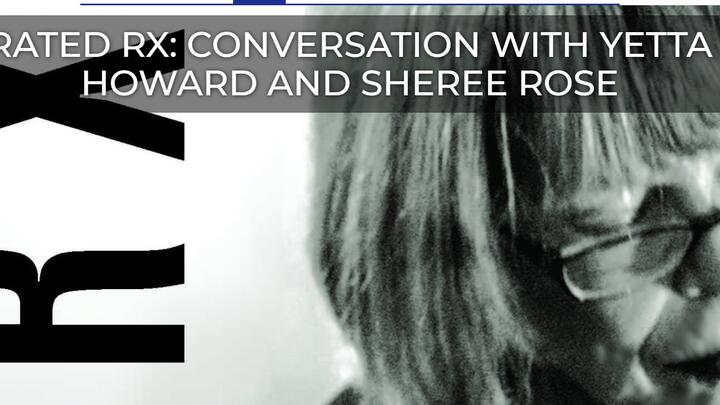 Celebrate the release of Rated RX: Sheree Rose with and after Bob Flanagan (The Ohio State University Press, 2020) with Sheree Rose in conversation with Rated RX editor Yetta Howard, followed by a discussion with Rated RX contributors including Martin O'Brien, Amelia Jones, Rhiannon Aarons, Luka Fisher, and Judy Ornelas Sisneros. While Sheree Rose is mostly known for blurring the boundaries between art and lived experience in the context of her full-time, Mistress-slave relationship with late partner, "supermasochist" Bob Flanagan, Rated RX shifts focus from Flanagan to Rose, presenting a feminist project that critically reassesses the artistic legacies of Rose. Curated with attention to queer-crip subjectivities and transgressive feminisms, Rated RX includes essays by and interviews with scholars, artists, and Rose’s collaborators that address gender politics, archival practices, minority embodiment, and disability in Rose’s work as well as more than eighty photographs and rare archival materials primarily based on Howard's archival work in the Rose/Flanagan Papers at ONE Archives. Rated RX is the first collection to underscore Sheree Rose as a legendary figure in performance art and BDSM subcultural history, reflecting her lifetime of involvement in documenting the underground and the transformative role her work plays in sexual, subcultural, and art exhibitionism.

Please register HERE for the program which will take place on Zoom. Please note that sexually explicit images will be shared during this presentation.

Yetta Howard is Associate Professor of English and Comparative Literature and Co-Director of the LGBTQ Research Consortium at San Diego State University. Howard is the author of Ugly Differences: Queer Female Sexuality in the Underground (University of Illinois Press, 2018) and editor of Rated RX: Sheree Rose with and after Bob Flanagan (The Ohio State University Press, 2020).

Sheree Rose has been thrilling, shocking, and exciting audiences around the world, beginning with her collaborative photography and performances with Bob Flanagan in 1981. Their groundbreaking show Visiting Hours opened at the Santa Monica Museum of Art in 1994 and travelled to the New Museum of Contemporary Art in New York City. She collaborated with Mike Kelley on the video piece One Hundred Reasons as well as on videos by bands such as Nine Inch Nails. She co-produced the Sundance-award-winning documentary Sick. Since 2011, she has collaborated with British performance artist Martin O’Brien in performances in England, New York, and Los Angeles.

If you would like to order the book--20% off + free shipping on the paperback with code RATEDRX when ordering from https://ohiostatepress.org/books/titles/9780814214480.html