Editor's note: Students working for the USC Libraries' Special Collections routinely come into close contact with unique archival materials. Here on the libraries' website, we're sharing occasional dispatches from these students about the collections they work with. Gray Baker, a USC undergraduate majoring in journalism, writes about the current Special Collections exhibition "Left/Right: Communism in the United States, 1930–1960."

Communism has had a polarizing role in American society. The philosophy first became popular here during the Depression in the 1930s, and was aligned with left-wing ideals, such as advancing the interests of African-Americans and fighting for the rights of farmers and the working class. Once Joseph Stalin positioned the USSR in opposition to Western nations after WWII, communism came to be viewed as a serious menace.

Currently on display outside Doheny Memorial Library's second-floor Special Collections, “Left/Right: Communism in the United States, 1930–1960” introduces visitors to items that highlight right-wing McCarthyism and the fight for civil rights. Photographs, informational pamphlets, and essays present constrasting opinions from both sides of the movements. Of particular note are photographs that identify blacklisted actors and producers banned from working in Hollywood. Another image depicts a woman at a communist riot in 1930 being escorted away by police. The exhibit illustrates the extreme divide that characterized America at the time. The black-and-white pictures of protests and picket signs mirror news coverage of contemporary demonstrations across the country. Although the circumstances that surround current discussions of race, immigration, and the economy differ from the 1930s, the underlying issues continue to dominate headlines.

Proud citizens stood on both sides of communism, firm in their belief that their side stood the best chance of improving the state of the nation. More than 80 years later Americans continue to hold diametrically opposing political and social viewpoints that ocasionally call into question the notion of a cohesive United States of America. 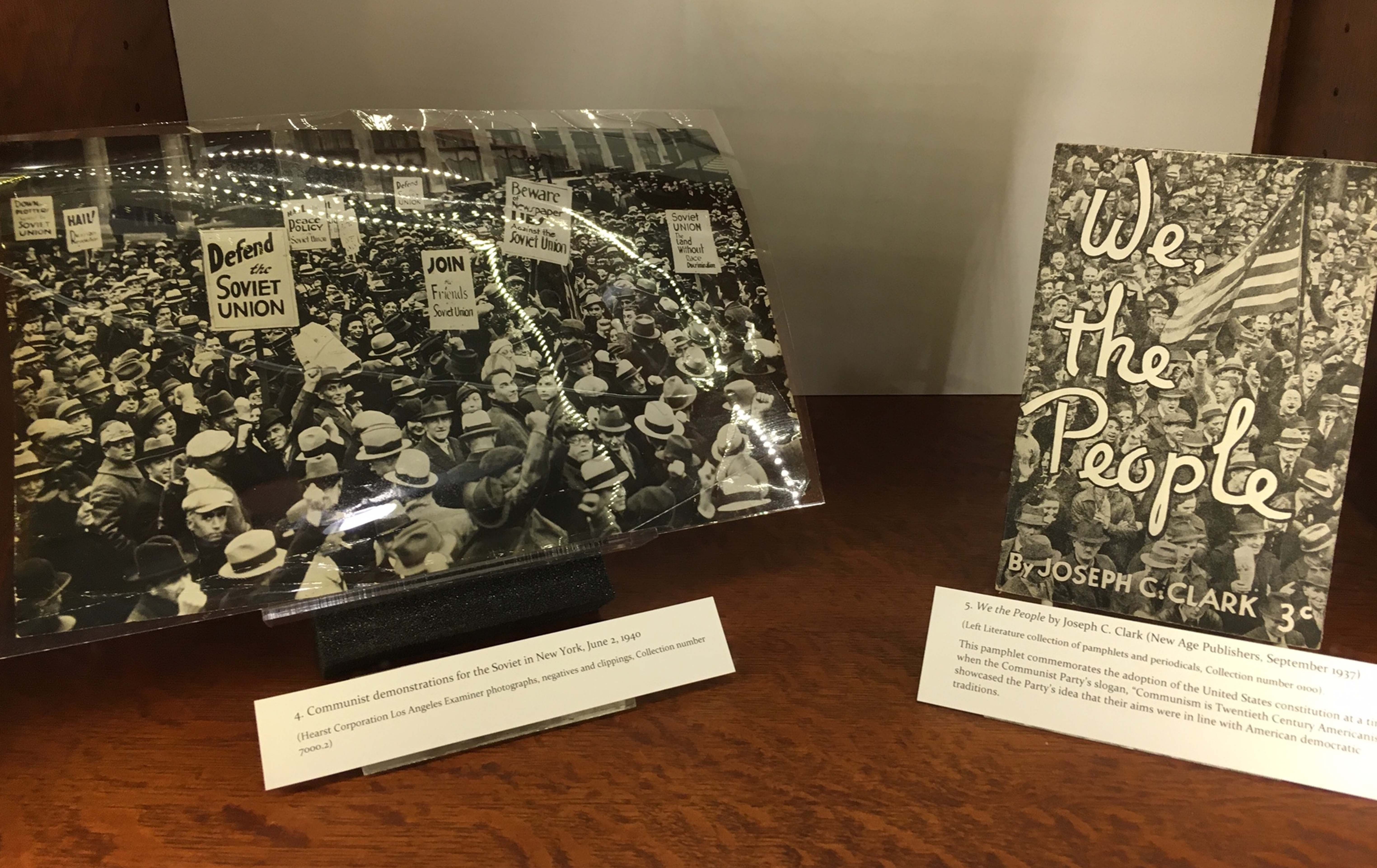 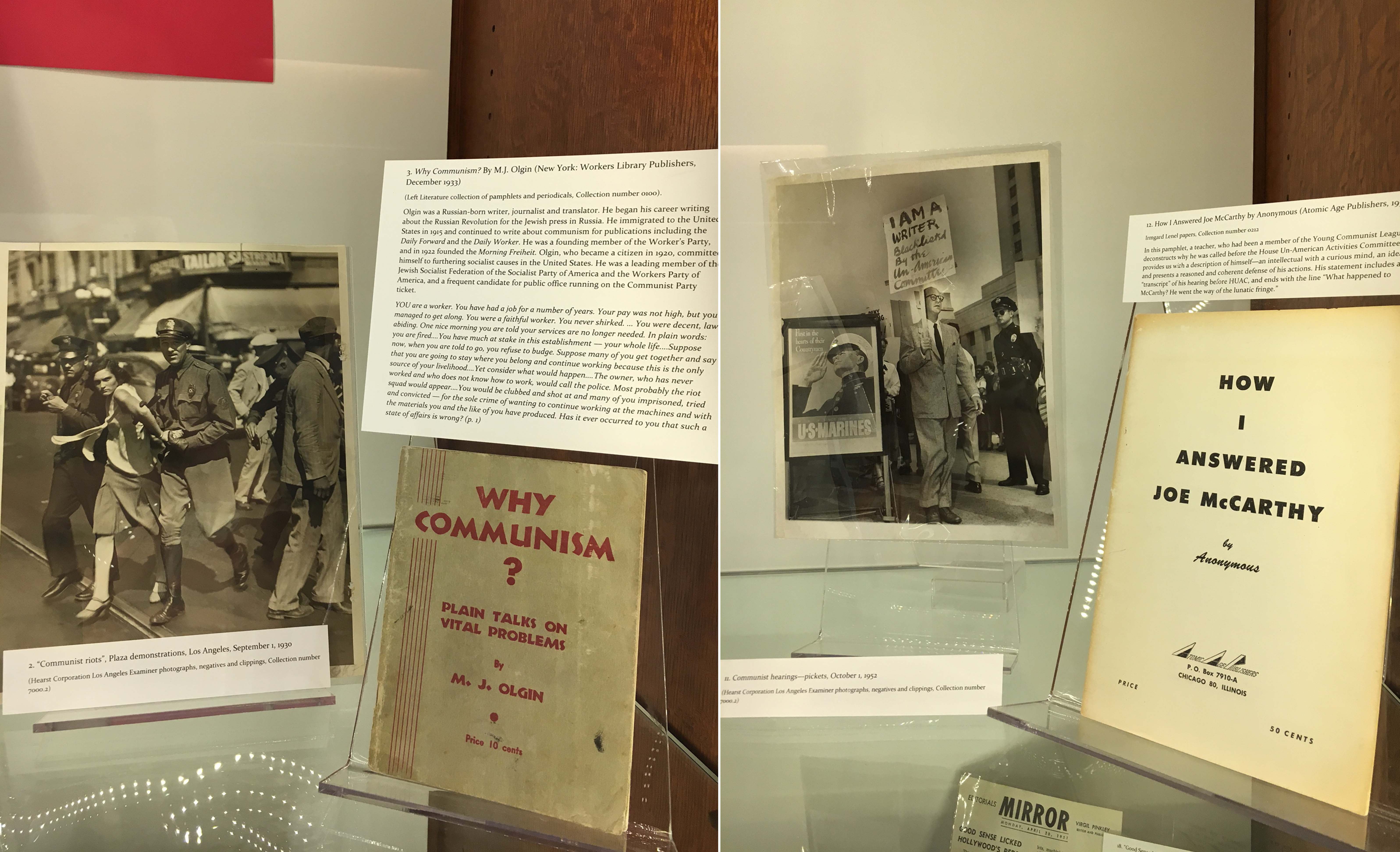 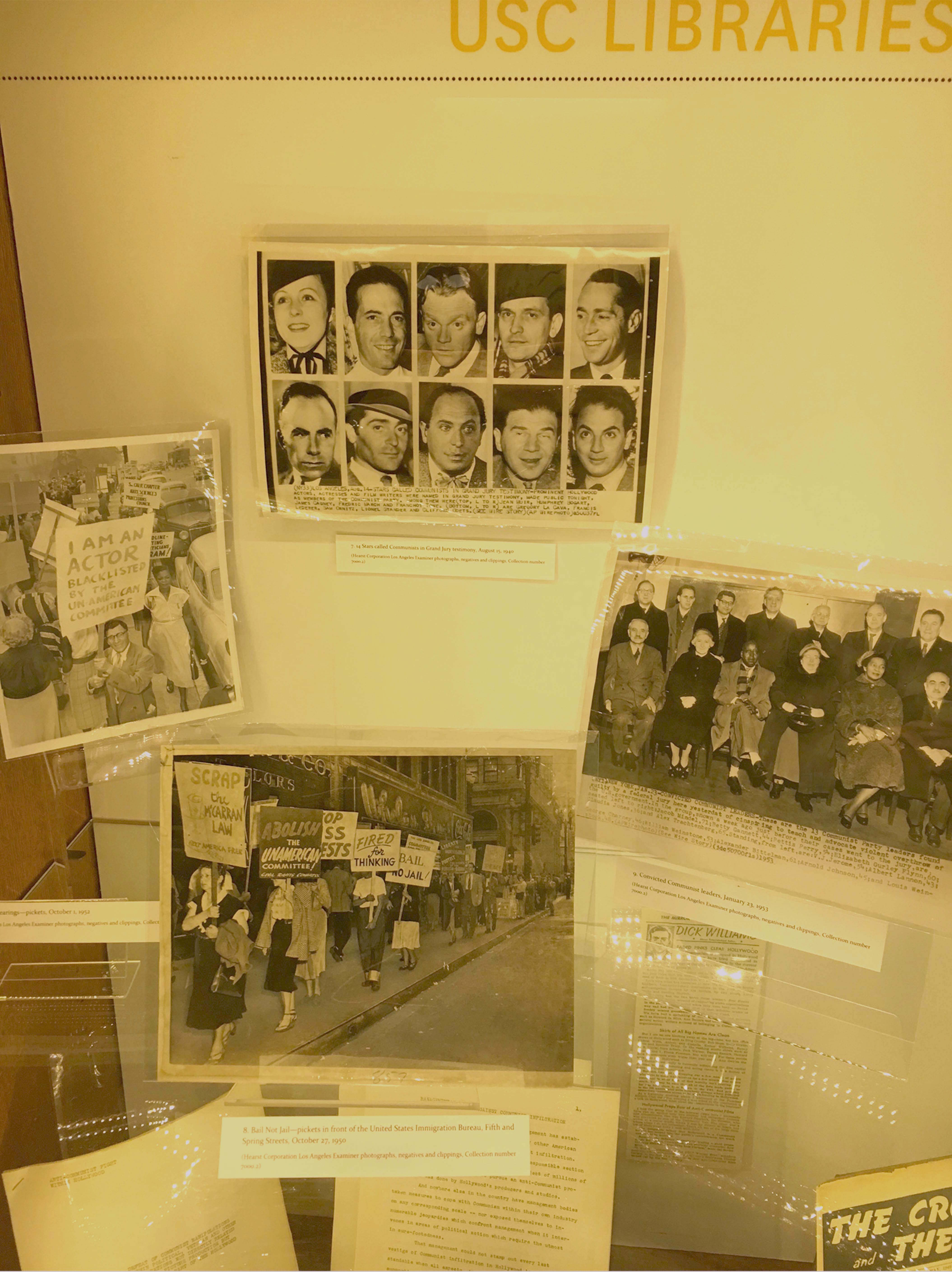