There’s never a bad day for Southern Californians to get in touch with their region’s history—but none’s better than Saturday, October 17, when the USC Libraries host the tenth-annual Los Angeles Archives Bazaar. Experts from 89 archives will be on hand from 9 a.m. to 5 p.m. to show off rare artifacts and bring to light stories from local communities.

The all-day event is presented by L.A. as Subject, an alliance of archives and collections dedicated to preserving, archiving, and sharing the history and culture of the Los Angeles region.

The region’s vibrant diversity is reflected in L.A. as Subject’s membership roll—and in the list of Archives Bazaar exhibitors. Community groups like the Little Tokyo Historical Society are represented. So are arts practitioners like Lauren Bon and the Metabolic Studio; private collections like the Baseball Reliquary; official repositories like the Orange County Archives; and research libraries like that of the Academy of Motion Picture Arts and Sciences.

This year, the bazaar celebrates a little history of its own, as its tenth-annual occurrence coincides with the 20th anniversary of L.A. as Subject, which the Getty Research Institute launched in 1995 to identify and catalogue lesser-known archives. Hosted by the USC Libraries since 2000, L.A. as Subject today sponsors a robust program aimed at preserving and sharing the history of the Los Angeles region, from its media partnership with KCETLink to its residency program that pairs young library professionals with community archives. And its annual Archives Bazaar—first organized in 2006 to connect researchers with the unique collections of L.A. as Subject members—has blossomed into L.A.’s premier daylong celebration of its rich and diverse history.

To mark these milestones, California State Librarian Greg Lucas headlines the Archives Bazaar’s series of educational and entertaining programming. In a wide-ranging conversation with KCETLink senior vice president Juan Devis, Lucas will discuss how libraries can embrace the Golden State’s reputation for creativity through inventive, collaborative uses of library collections.

Visitors to the bazaar can also explore their own visions for L.A.’s future through L.A.T.B.D., an exhibition and art installation curated by architecture writer and USC Libraries Discovery Fellow Geoff Manaugh.

Other programming highlights include preservation workshops; a presentation on L.A.’s longstanding thirst for intoxicating beverages; a panel discussion among contributors to a new anthology from Heyday Books, LAtitudes: An Angeleno’s Atlas; and a preview screening of the public television series Lost LA, a joint production of KCETLink and the USC Libraries that brings L.A. as Subject member collections to the screen. 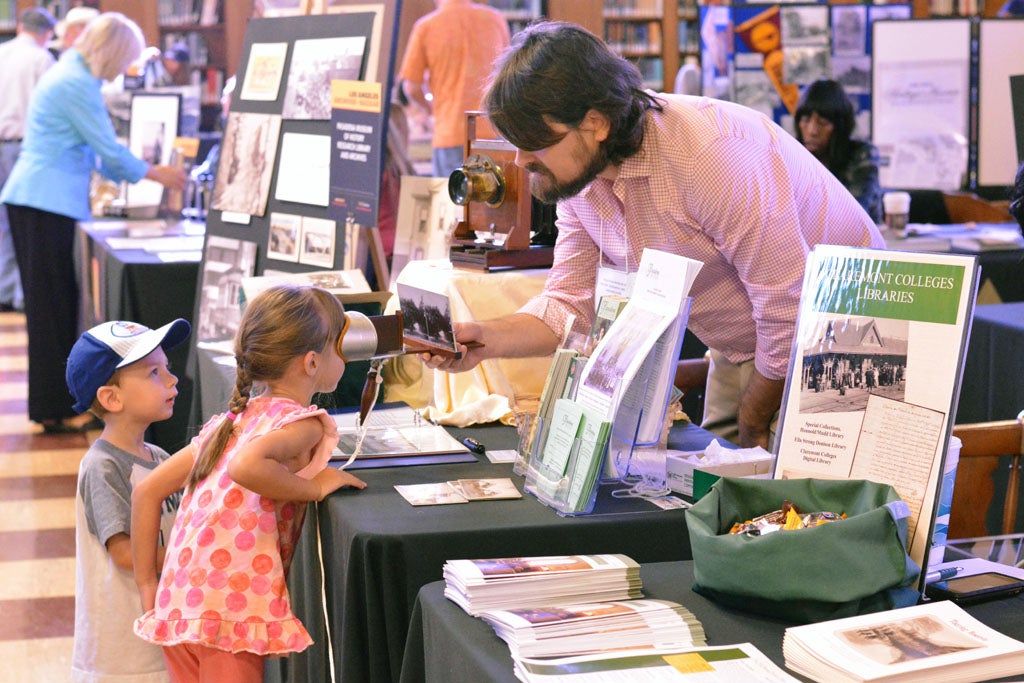