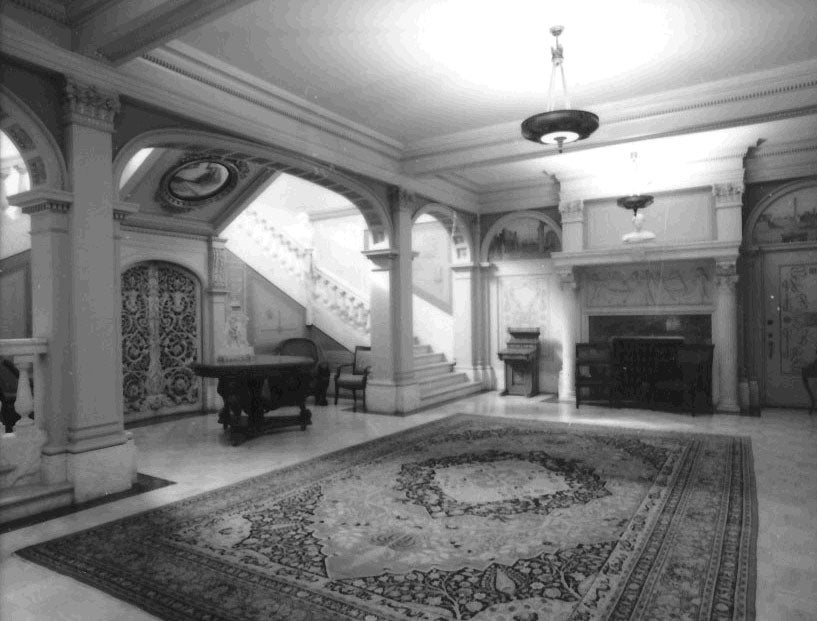 The Reception Hall is designed in early Roman style, with murals of Pompeii and Herculaneum above the doorways by Othmar Brioschi. Additional wall and door decorations are copies of decorations found in several excavated Pompeian villas and were carried out by Madame Adeline de Katona.

Double white Carrara marble stairways, reported to be the finest in the country, with classical balustrades, stately columns and pilasters frame the Lustre, with its Pegasus motif, on the ceiling under the stairway. These originally led to the private rooms on the second floor. On the landing is found the rich stained glass window of "Aurora Dispelling the Night," made by Leon Zettler of Munich on commission in 1865.