VIENNA IN HOLLYWOOD: THE INFLUENCE AND IMPACT OF AUSTRIANS ON THE HOLLYWOOD FILM INDUSTRY, 1920s-2020s 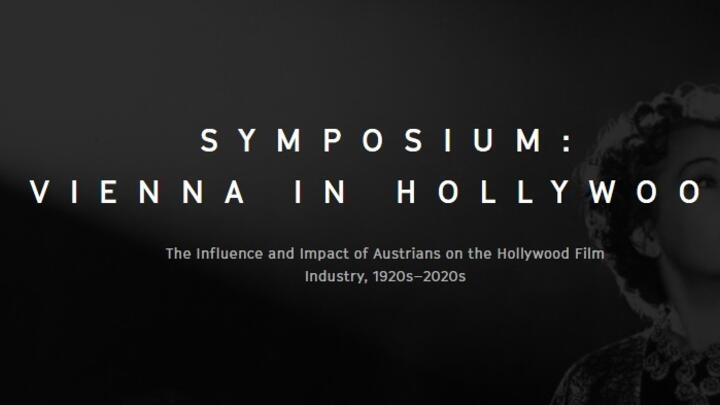 THE INFLUENCE AND IMPACT OF AUSTRIANS ON THE HOLLYWOOD FILM INDUSTRY, 1920s-2020s

The Hollywood film industry was largely built by Jewish immigrants from Eastern and Central Europe in the early 20th century. Among an earlier wave of émigrés to Hollywood were talents such as Austrian-born actor-director Erich von Stroheim and composer Max Steiner who sought better opportunities in the American film industry.

A larger wave of predominantly Jewish émigrés arrived in the 1930s and 1940s as a consequence of the Nazis’ rise in Germany and the Anschluss in Austria. Austrian émigré directors such as Billy Wilder, Fritz Lang, Fred Zinnemann, and Otto Preminger, actors Hedy Lamarr, Peter Lorre, and Paul Henreid, producers like Eric Pleskow and Sam Spiegel, screenwriters Vicki Baum, Gina Kaus, and Salka Viertel, as well as composers such as Erich Wolfgang Korngold and Ernest Gold had a lasting impact in Hollywood. And so did other, often lesser known, émigrés who worked as writers, composers, actors, producers, cinematographers, talent agents, costume designers, and production designers. The cultural impact of these legacies is often absorbed into German film history or forgotten when we celebrate Austrian filmmakers like Michael Haneke and actors like Arnold Schwarzenegger and Christoph Waltz.

The symposium Vienna in Hollywood focuses on the impact of Austrian film professionals and their legacy from the classic Hollywood era to contemporary filmmaking.

The symposium is accompanied by a film series at the Academy Museum of Motion Pictures featuring films by some of these influential émigré artists during Hollywood’s studio system.