The Vanishing Worlds of Audubon 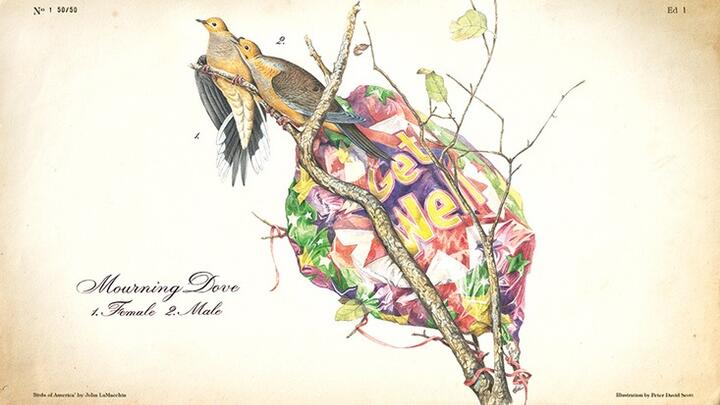 The Vanishing Worlds of Audubon

ADMISSION:
Admission to the conversation is free and open to all. The birding walk and workshop are free and open to current USC students only. RSVP beginning Wednesday, February 1, at 11 a.m.

Join us for a series of conversations and activities that will explore birding, examine the global loss of bird species, and reckon with the problematic legacy of John James Audubon, whose book Birds of America provided a full-color record of U.S. bird life in the 1800s. As the popular naturalist’s white supremacist views and unethical practices are becoming increasingly known, many previously Audubon-affiliated groups are dropping his name.

BIRDING WALK
Marcos Trinidad of the Audubon Center at Debs Park will lead USC students on a birding walk to view Anna’s hummingbird, California scrub-jays, and other species native to the L.A. River. Transportation will be provided from the USC campus.

CREATIVE WORKSHOP
Architectural designer Lilliana Castro will lead a workshop at Clockshop for USC students, who will create site-specific installations near the L.A. River about the shared meaning and memory of birds. An exhibition of the artworks by students will follow at 7 p.m. Transportation will be provided from the USC campus.

In conjunction with the events, the USC Libraries will present an exhibition in Doheny Memorial Library featuring Audubon’s Birds of America and offering new perspectives on his legacy by John LaMacchia and other contemporary artists.

Bios:
Paleobiologist and geobiologist David Bottjer is a professor of earth sciences, biological sciences, and environmental studies at USC. His current research is spurred by our current biotic crisis caused by global warming and what this could mean for life on Earth in the future. He also has strong interests in the interaction between art and science, with a focus on the natural world and its depiction by scientist artists such as John James Audubon.

Sarah Bottjer is a professor of biological sciences and psychology at USC who studies vocal learning in songbirds as a model system for understanding basic mechanisms of neural development, learning and memory, and brain-behavior relationships. Her work has helped to elucidate how the brain controls and produces behaviors (such as learned vocal utterances) and how early experience affects the development of neural networks.

Lilliana Castro is a multidisciplinary designer and the founder and chief creative of Archeffect, established in 2010 to bridge her passion for graphics and architecture, with the ethos that design is one and can be accessible to all. Her designs primarily focus on identity, examining the concepts of place, culture, and empowerment. She is a queer womxn, a feminist, and an activist with a grassroots and punk-rock approach.

Jenny Price is a public writer and artist who tells stories about environment and public space, and deploys a wide variety of public arts and humanities formats to do so. She has also co-founded the L.A. Urban Rangers collective, led tours of the concrete L.A. River, designed the alternative Nature Trail in Laumeier Sculpture Park, co-launched the “What Are You Doing?! (stop saving the planet!)” video series, and co-created the Our Malibu Beaches mobile phone app.

As center director at the Audubon Center at Debs Park, Marcos Trinidad has nurtured a growing community of volunteers, youth, and community partnerships; implemented a facility and grounds improvement plan; and partnered with the National Park Service to establish a vibrant native plant nursery. He was recognized in 2017 by the North American Association for Environmental Education as the recipient of the Rosa Parks and Grace Lee Boggs Award for his leadership in environmental justice, education, and advocacy.