Livewire A Stimulating Night of Neurotechnology 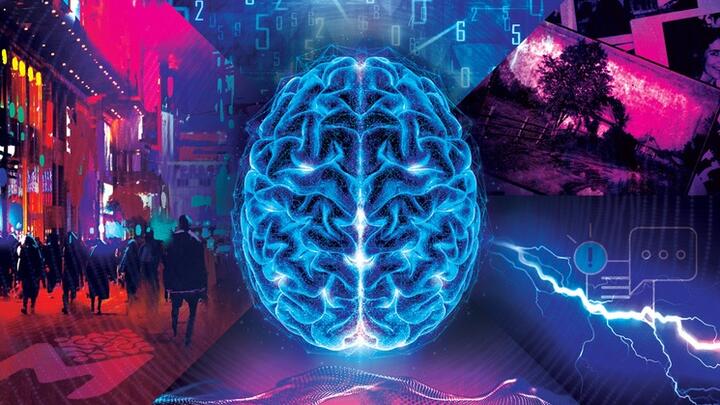 It’s 2045 in Los Angeles. While in-person social interaction has declined, direct-to-consumer biological enhancements are on the rise—including some that interface directly with the brain. In this brave new world, what new modes of human connection are being developed?

A thriving corporation from the future, Mousai Neurotechnologies, invites you to a showcase of its latest advancement in social neurotechnology. Enabled by real brain-sensing headsets, guests will participate in Brainstorm, a revolutionary social platform for enhancing creativity through coordinated human connection. An interdisciplinary panel will discuss the technical, clinical, and ethical implications of emerging brain technologies. Panelists include Dong Song, co-director of the USC Center for Neural Engineering; Eran Klein, a neurologist at the Oregon Health and Science University and a neuroethicist at the University of Washington’s Center for Neurotechnology; and Judy Illes, a former president of the International Neuroethics Society and director of Neuroethics Canada at the University of British Columbia. And by the end of the night, this speculative future may feel closer than it seems.

Bios:
Dong Song is a research associate professor of biomedical engineering and co-director of the Center for Neural Engineering at USC. His research interests include nonlinear dynamical modeling of the nervous system, hippocampal memory prosthesis, neural interface technologies, and development of novel modeling strategies incorporating both statistical and mechanistic methods. He invented the multiple-input, multiple-output (MIMO) nonlinear dynamical model of spike transformation that serves as the computational basis of hippocampal memory prostheses.

Eran Klein is a neurologist specializing in dementia at Oregon Health and Science University (OHSU) and the Portland VA Medical Center. He is part of the neuroethics thrust at the NSF Center for Neurotechnology (CNT) at the University of Washington. He works at the intersection of neurology, neuroscience, and philosophy.

Judy Illes is a past president of the International Neuroethics Society and director of Neuroethics Canada at the University of British Columbia. A pioneer and eminent scholar in the field of neuroethics, she has made groundbreaking contributions to ethical, social, and policy challenges at the intersection of biomedical ethics and neuroscience, emerging neurotechnologies for neurologic and psychiatric conditions affecting people across the life span, decision-making, cross-cultural values, and the commercialization of healthcare.