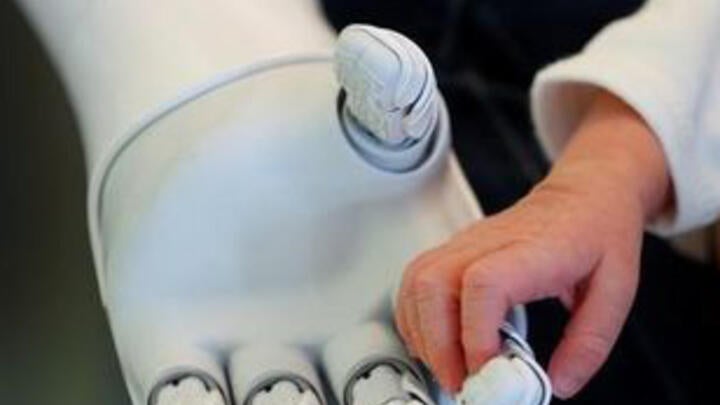 DESCRIPTION:
Humans have been fascinated by robots and automata for millennia. There are ancient Greek myths about artificial humans and animated statues coming to life. But as developments in artificial intelligence (AI) and the creation of AI companions and helpers bring these once mythological creatures closer to reality, our perceptions of ourselves and our relationships with others are being fundamentally altered.

Jonathan Gratch, Rachel Severson, and Sidney D’Mello—experts in robotics, cognitive science, and psychology—will highlight the evolution of robotics and AI technologies in an interactive showcase and discussion exploring our increasingly complex interactions and emotional bonds with machines, and what they tell us about what it means to be human.

Bios:
Jonathan Gratch is a world leader in the study of emotions in human-machine interactions and the director of virtual human research at the USC Institute for Creative Technologies.

Rachel Severson studies the social and moral consequences of attributing emotional states and other human qualities to technologies—including voice assistants such as Siri and Alexa––and is the director of the Minds Lab at the University of Montana.

Sidney D’Mello is a professor at the Institute of Cognitive Science and Department of Computer Science at the University of Colorado Boulder, where he develops educational technologies that show emotional intelligence while adapting to boredom, confusion, and other emotional states.