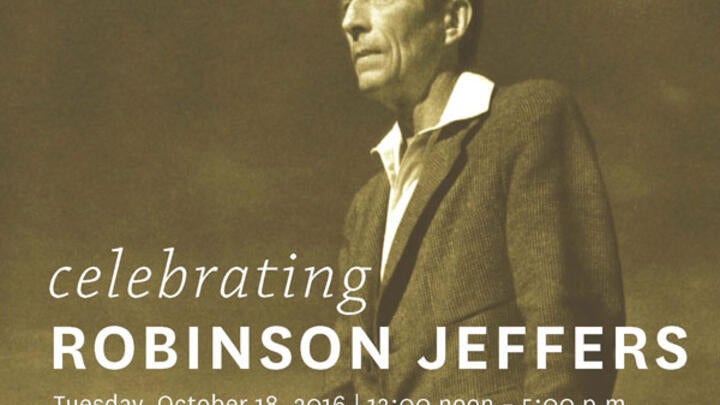 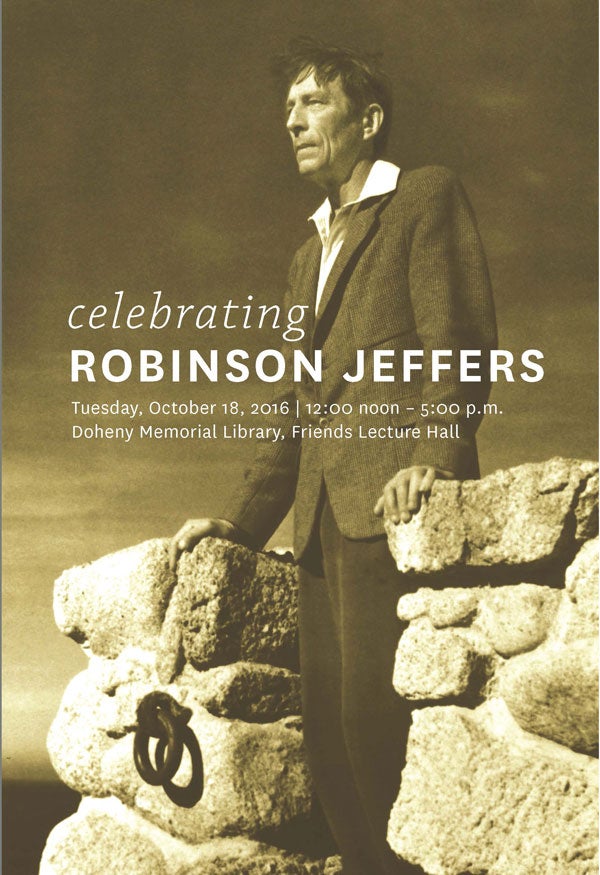 As California’s first great poet, Robinson Jeffers (1887–1962) blazed a trail
through the literary world from his base in Carmel. His books, including
Tamar and Other Poems (1924), Thurso’s Landing (1932), and Be Angry at
the Sun (1941), explored his tempestuous relationship with both the natural
and spiritual worlds.

Celebrating Robinson Jeffers features discussions and presentations on
Jeffers from the perspectives of literature, environmentalism, conservation,
visual art, and science fiction. The panels and exhibition will explore Jeffers’
relationship to the natural world, the book arts, and his literary pedigree
in early 20th-century Los Angeles. Jeffers manuscripts and photographs,
rarely seen by the public, will be on view.

Jeffers’ roots extend across the Golden State. Before settling along the
central California coast, he took an undergraduate degree at Occidental
College in Eagle Rock and studied medicine at USC. His influence in literature
and popular culture is seen in the works of poets Charles Bukowski and
Adrienne Rich, writer Ursula K. Le Guin, photographer Ansel Adams, and
even the recordings of the Beach Boys.

This event, which is free and open to the public, is cosponsored by the
USC Libraries, USC Phi Kappa Phi, Occidental College Library, the Robinson
Jeffers Association, and the Tor House Foundation.