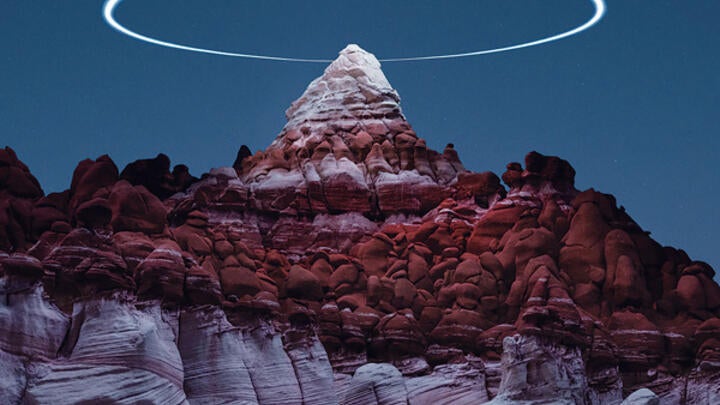 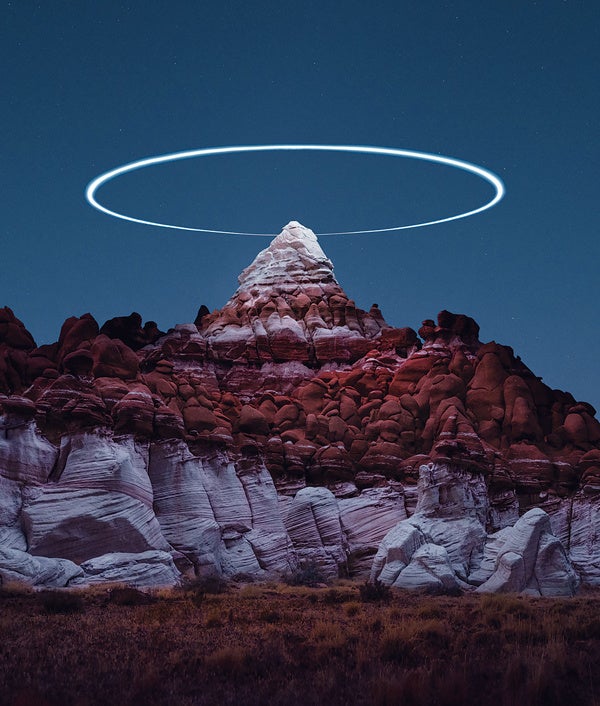 DESCRIPTION:
Join us for an artist’s talk by Reuben Wu, who uses light-carrying drones to create sublime and otherworldly photographic landscapes. Wu’s photographs evoke conventions of Romantic painting and the wonder of planetary discovery in vintage sci-fi films, and draw on his unique understanding of time and memory as a musician and co-founder of the British electronic band Ladytron.

In conversation with author and BLDGBLOG creator Geoff Manaugh, Wu will present pieces from his photo series Lux Noctis and Aeroglyphs, as well as new artworks inspired by drawings and models in the USC Libraries’ architectural collections and featuring landmarks of the USC campus.

In conjunction with the event, the USC Institute for Creative Technologies and the USC Sidney Harman Academy for Polymathic Study will offer hands-on workshops on drone photography and the creation of interactive 3D models of the USC campus.

Bios:
Reuben Wu is a visual artist and music producer and co-founder of the band Ladytron. In his visual work, he is driven not just by the urge to create imagery, but by a desire to explore new places as if they were unknown territory, constantly open to serendipity and with an eye for the unnoticed and the hidden. Born in Liverpool, Wu studied industrial design at Sheffield Hallam University and co-founded Ladytron in 1999. (Facebook, Instagram)

Geoff Manaugh is a Los Angeles–based freelance writer and the author of the New York Times best seller A Burglar’s Guide to the City and The BLDGBLOG Book, one of Amazon’s Best Books of 2009. Previously a USC Libraries Discovery Fellow, Manaugh was named by Wired one of “the 18 people who will tell you everything you need to know about design” in 2013. (Instagram, Twitter)

Presented by USC Visions and Voices: The Arts and Humanities Initiative. Organized by the USC Libraries in collaboration with the USC Institute for Creative Technologies and the USC Sidney Harman Academy for Polymathic Study.