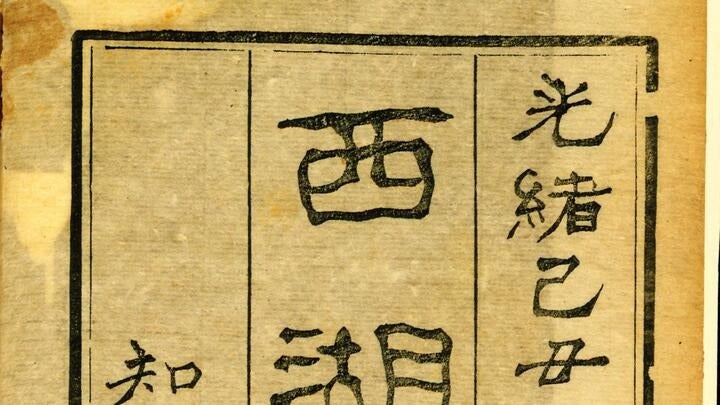 The four-volume West Lake Couplets 西湖楹聯, printed in 1889 (Jichou year of the Guangxu reign 光緒己丑) in the late Qing Dynasty (1644-1911) , is a rare historical travel guide to the West Lake in Hangzhou 杭州, China. The cover page of the first volume includes the book price (si jiao 四角) and an ex libris seal from the collector Wu Yinsun 吳引孫 (1848-1917).

West Lake Couplets record the couplets of Qing emperors, officials and scholars in the temporary imperial palaces, historical sites, temples, academies, tombs and other places around West Lake. At the end of the fourth volume, there are four itineraries of the West Lake and tide tables of the Qiantang 錢塘 River in the Qing dynasty, which are valuable sources for the study of the historical landscape and development of the West Lake and the surrounding areas.