The Collection of Songs among the Flowers 花間集 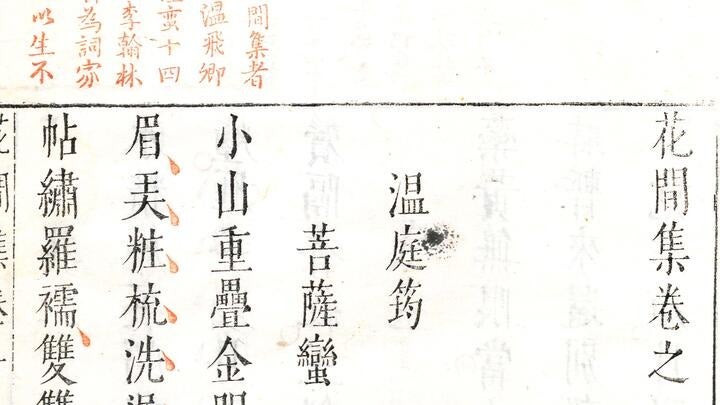 The Collection of Songs among the Flowers 花間集 is the earliest extant anthology of poetry in China, which includes poems by literati poets in the late Tang Dynasty (618-907). The collection has been considered as the precursor to the Chinese ci 詞 poetry (song lyrics) of the Song Dynasty (960-1279).

Donated by James Tang, USC copy is an annotated edition by Tang Xianzhu 湯顯祖 (1550-1616), a prestigious Chinese playwright of the Ming Dynasty (1368-1644). It was printed around 1620 according to the colophon (Gengshen year of the Wanli reign 萬曆庚申). This edition is an excellent example of two color printing in black and red 朱墨套印 in the late Ming dynasty.