Wonderland Awards Wrap up a Weekend of Whimsy at USC Libraries 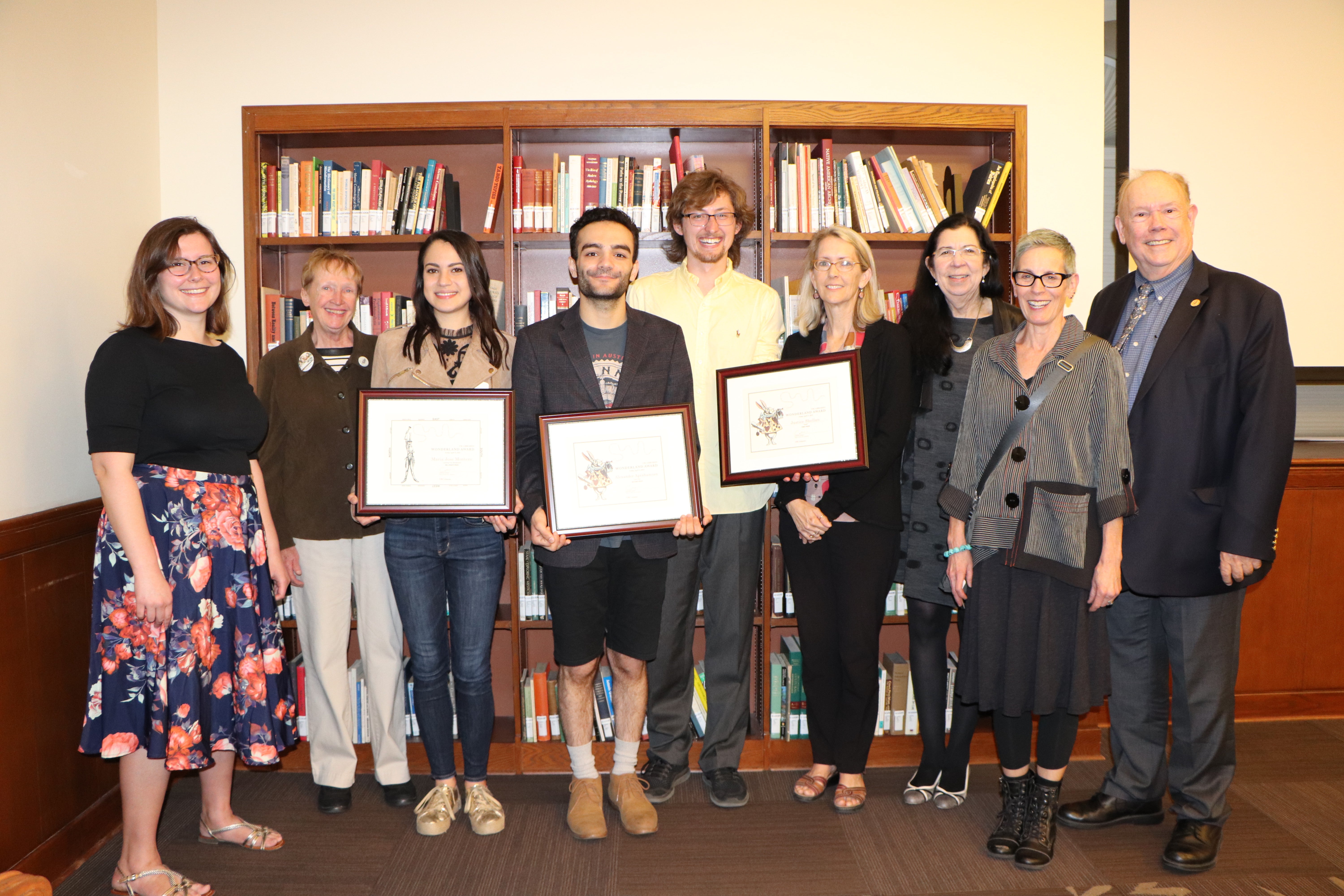 A USC senior majoring in English earned first prize at the fourteenth-annual USC Libraries Wonderland Award competition. Justice Shellan’s short story “Roklif” features a protagonist who embarks on her fanciful journey of discovery that mirrors that of the titular character in the two Alice books. Roklif’s name derives from the Norse words Ragnarok (“the doom of the gods”) and Lif (meaning “life”). The story is heavily annotated throughout with references to the imaginative worlds conjured by Lewis Carroll.

The Wonderland Award is an annual competition, established in 2005 by USC Libraries Board of Councilors member Linda Cassady, showcasing the interpretive talents of students from USC and other Southern California institutions as they transform the life and writing of Lewis Carroll into new creative and scholarly works. All student submissions become a permanent part of the G. Edward Cassady, MD, and Margaret Elizabeth Cassady, RN, Lewis Carroll collection, which Linda’s husband Dr. George Cassady ’55 donated to the USC Libraries in 2000 and from which students draw inspiration and raw material for their Wonderland entries.

“In this collection, I saw the inspiration one artist can have on all generations that follow him. I saw what it means to impact the creative voices of others. I saw, in that room, my greatest dream as a writer,” Shellan said in accepting the award at a ceremony in Doheny Memorial Library on Friday, April 13.

The second-place prize went to Cinematic Arts student Alexander Aprahamian for Chess Film. The short work, inspired both by the Ingmar Bergman classic The Seventh Seal and the overarching chess motif in Carroll’s Through the Looking-Glass, reflects on the age-old philosophical question of free will vs. determinism.

The Bellman’s Prize, established this year by Dean Catherine Quinlan of the USC Libraries and named after one of the characters in Carroll’s nonsense poem “The Hunting of the Snark,” went to Maria Jose Montero for her submission “Learning from Wonderland.” The work examines contemporary architecture practices through the prism of Carroll’s literary creations. The Bellman’s Prize recognizes particularly Carrollian, creative risk-taking in a student work.

The awards were the capstone to a meeting of the Lewis Carroll Society of North America. The conference featured a reading of the first Alice book in English and Mandarin—by USC student Andy Gu—at Castelar Elementary School in Chinatown, as well as panels and discussions on Carroll’s works as they relate to gameplay, animation, East Asian studies, and more. The meeting began with an abbreviated performance of “Mad World: A New Musical” by the 2017 Charles Dodgson prize winners and showcased the scholarship and creative work of USC faculty and students throughout the weekend.