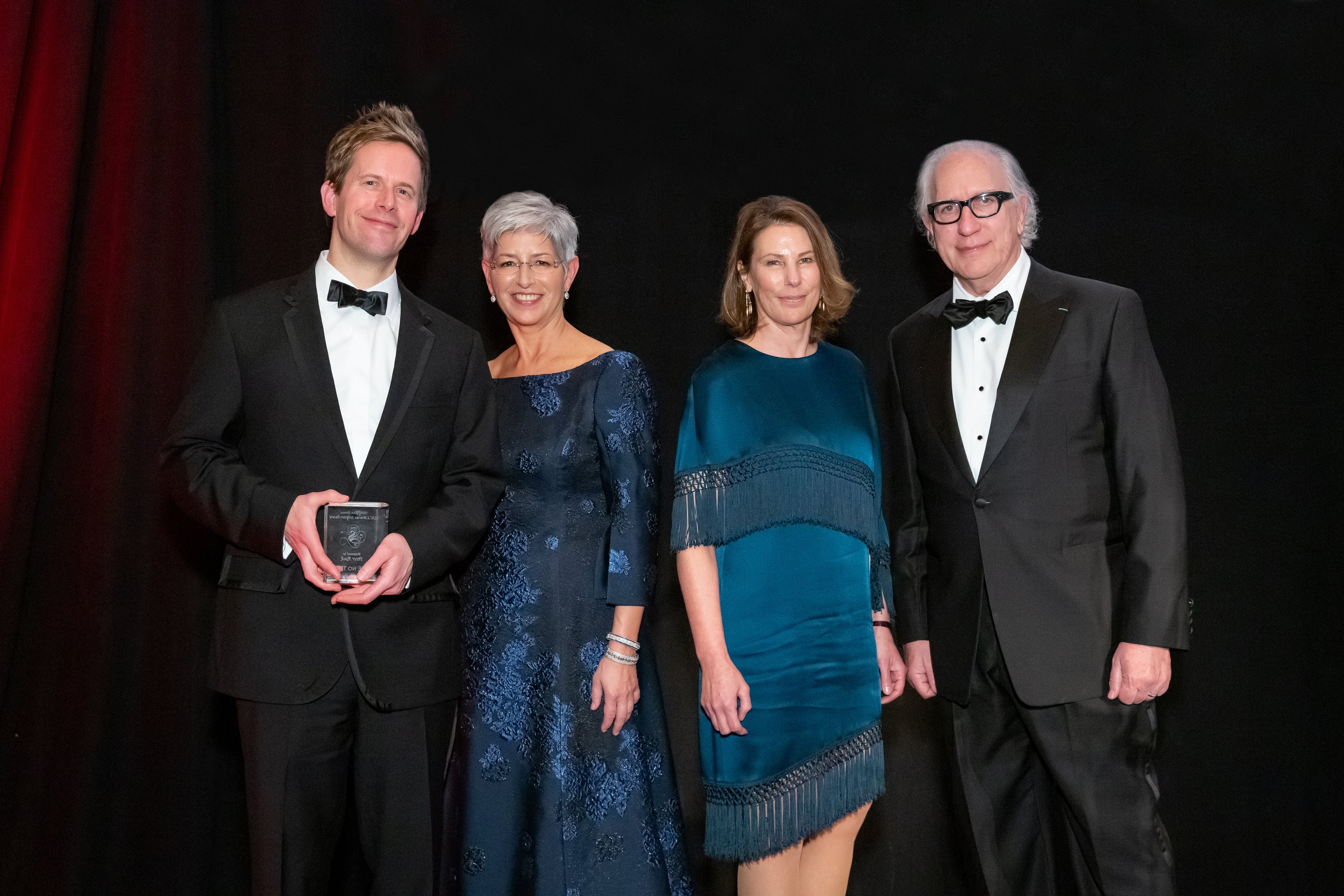 The authors and screenwriters behind the film “Leave No Trace,” and the television miniseries “A Very English Scandal” received the 31st-annual USC Libraries Scripter Award at the Feb. 9 ceremony at USC’s Doheny Memorial Library.

The Scripter Award recognizes the year’s best adaptation of the written word for the screen, and includes feature film and television adaptations.

In her welcoming remarks, USC Libraries Dean Catherine Quinlan said, “This is our 31st year celebrating the coming together of the literary and cinematic arts and of honoring the USC Libraries’ essential place in the intellectual, cultural and creative life of the Trojan Family.”

In the television category, the selection committee chose “A Very English Scandal,” written for the screen by Russell T Davies for the streaming network Amazon Prime. It is based on John Preston’s 2016 nonfiction book of the same name, which details the 1970s scandal involving British Liberal Party leader Jeremy Thorpe and his wayward attempts to silence a former lover.

Davies thanked Preston for “providing such a brilliant source book for me to work from” as well as Thorpe and Norman Scott, for being “so mad, so fascinating, and I hope so forgiven by all of us now by the passing of time.”

Due to a tie in the nominating round, six television shows were eligible this year. The other finalists were the writers behind episodes of “The Assassination of Gianni Versace: American Crime Story” (distributed by FX), “The Handmaid’s Tale” (Hulu), “The Looming Tower” (Hulu), “Patrick Melrose” (Showtime), and “Sharp Objects” (HBO).

In the film category, the winners were writer Peter Rock, author of the novel “My Abandonment,” and screenwriters Debra Granik and Anne Rosellini, who adapted for the screen Rock’s work, itself an adaptation of a 2004 local news report about a Vietnam veteran and his young daughter found living off the grid in the forest near Portland, Oregon. “Leave No Trace” was released by Bleecker Street.

In accepting the award, Rock paid tribute to the screenwriters. “Debra Granik, Anne Rosellini and I walked through Forest Park in Portland, Oregon, and talked about possibilities, so I want to deeply thank them for the heart and inspiration they brought into making a great film.”

The other finalist films were “Black Panther” (distributed by Disney), “Can You Ever Forgive Me?” (Fox Searchlight), “The Death of Stalin” (IFC Films), and “If Beale Street Could Talk” (Annapurna Pictures).

Earlier in the evening, Quinlan honored Dr. George Isaacs as the 2019 Ex Libris Award winner for his extraordinary support of the USC Libraries, which resulted in the creation of the George E. Isaacs Dean’s Suite in Doheny Memorial Library. Accepting the award on his behalf was his son Mark Isaacs, who said, “My father, George Isaacs, is a long-time and enthusiastic supporter of the University of Southern California, including the Libraries. Why the Libraries? Books deliver knowledge, joy and understanding. Very few products in the world today can make that claim.”

In-kind donors to the event included Mariner Books, Other Press, and Urth Caffé.

Scripter began in 1988, co-founded by USC Libraries board members Glenn Sonnenberg and Marjorie Lord. For more information about Scripter—including additional images from the ceremony—visit scripter.usc.edu.