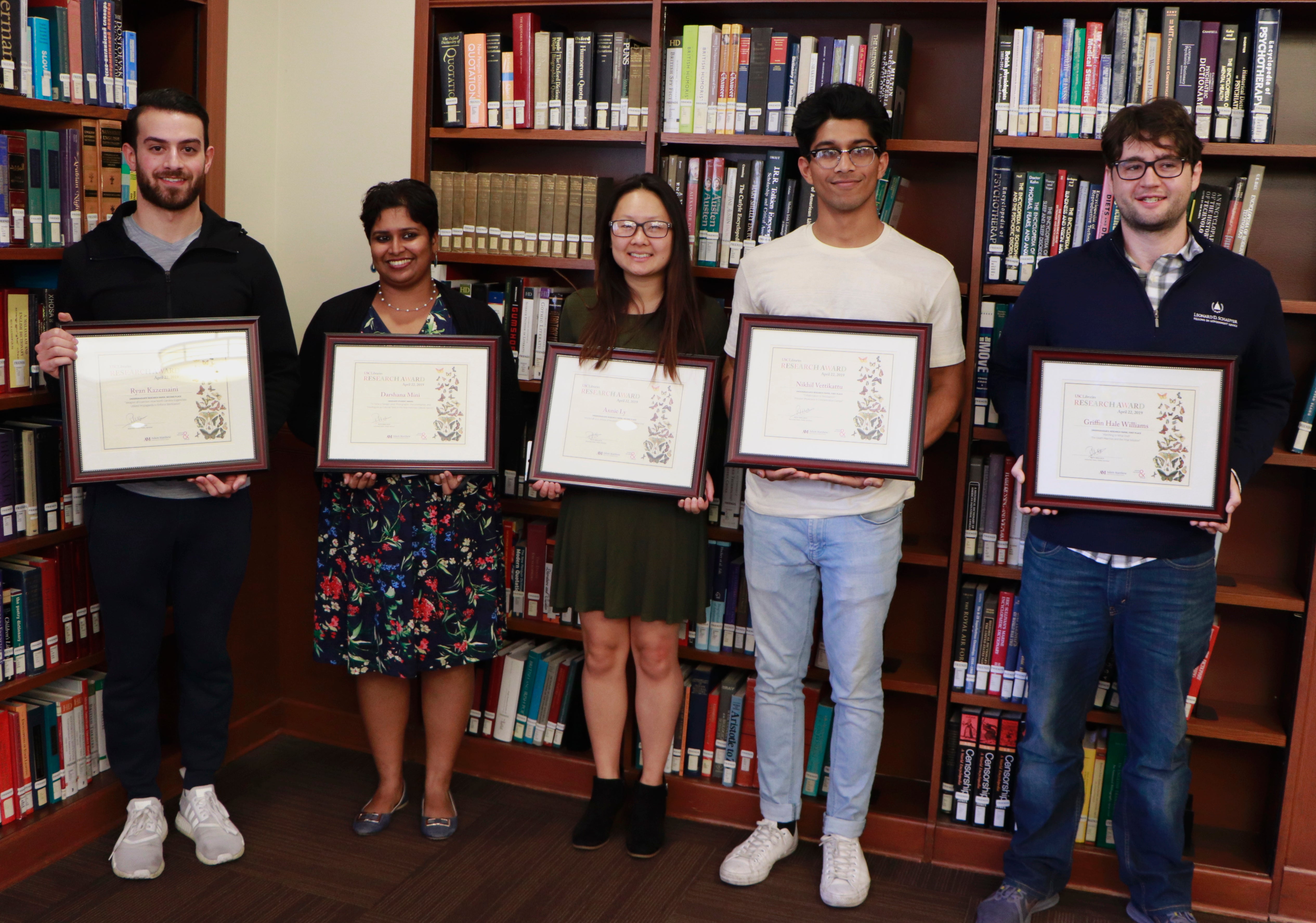 At a reception on April 22, 2019, the USC Libraries honored the most exceptional student research completed at USC in a for-credit class or through independent study during the previous calendar year. Submitters may use either primary source materials held by the university’s Special Collections or the reference and research resources of the USC Libraries.

First prize in the graduate category went to Darshana Mini, a PhD student in cinematic arts, for her paper “To Tame a Savage Land: Photographs, Documentaries, and Travelogues as Colonial Texts in the New Hebrides (1860s-1920s).” Darshana is a repeat winner; she also won a graduate award in 2017.