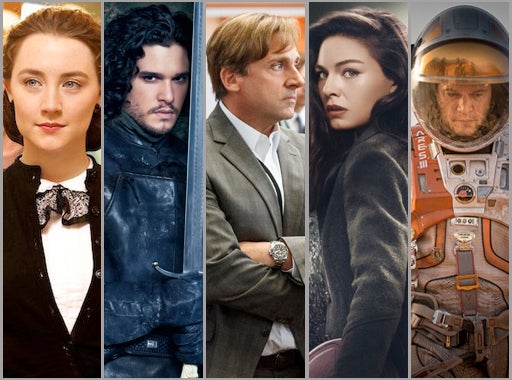 The USC Libraries have named the finalists for the 28th-annual USC Libraries Scripter Award. Since 1988, Scripter has honored the authors of printed works alongside the screenwriters who adapt their stories. This year, for the first time, Scripter will honor excellence in adaptation of the printed word into a television episode in addition to feature film. The television and film finalists compete in separate categories for their own Scripter award.

The finalist writers for film are, in alphabetical order by film title:

The finalist writers for television episodes are, in alphabetical order by series title:

Chaired by USC professor and president of the Writers Guild of America, West, Howard Rodman, the 2016 Scripter selection committee selected the finalists from a field of 73 film and 18 television adaptations.

The studios distributing the finalist films and the publishers of the original printed works are:

The networks airing the finalist television series and the publishers of the original printed works are:

The USC Libraries will announce the winning authors and screenwriters at a black-tie ceremony on Saturday, Feb. 20, 2016 in the historic Edward L. Doheny Jr. Memorial Library on the University Park campus of the University of Southern California. Academy Award winners Helen Mirren and Taylor Hackford will serve as honorary dinner chairs.