A new exhibit on the second floor of Doheny Library tells the story of the Los Angeles Corral of Westerners, a regional history organization whose archive is housed within the USC Libraries’ Special Collections. The exhibit in the Special Collections display case features awards, photos, posters, books, and articles from the group’s history—as well as special memorabilia like a sheriff’s badge earned by Westerners president Doyce Nunis from 1973 and a commemorative bronze belt buckle created by honorary Westerner Elmer Taylor in the early 1990s.

On September 17, the USC Libraries hosted 15 members of the local history organization for an exclusive viewing. Archivist Jacqueline Morin, who processed the Westerners’ collection, showed the guests about thirty boxes and individual materials from the collection, in addition to those in the exhibit. 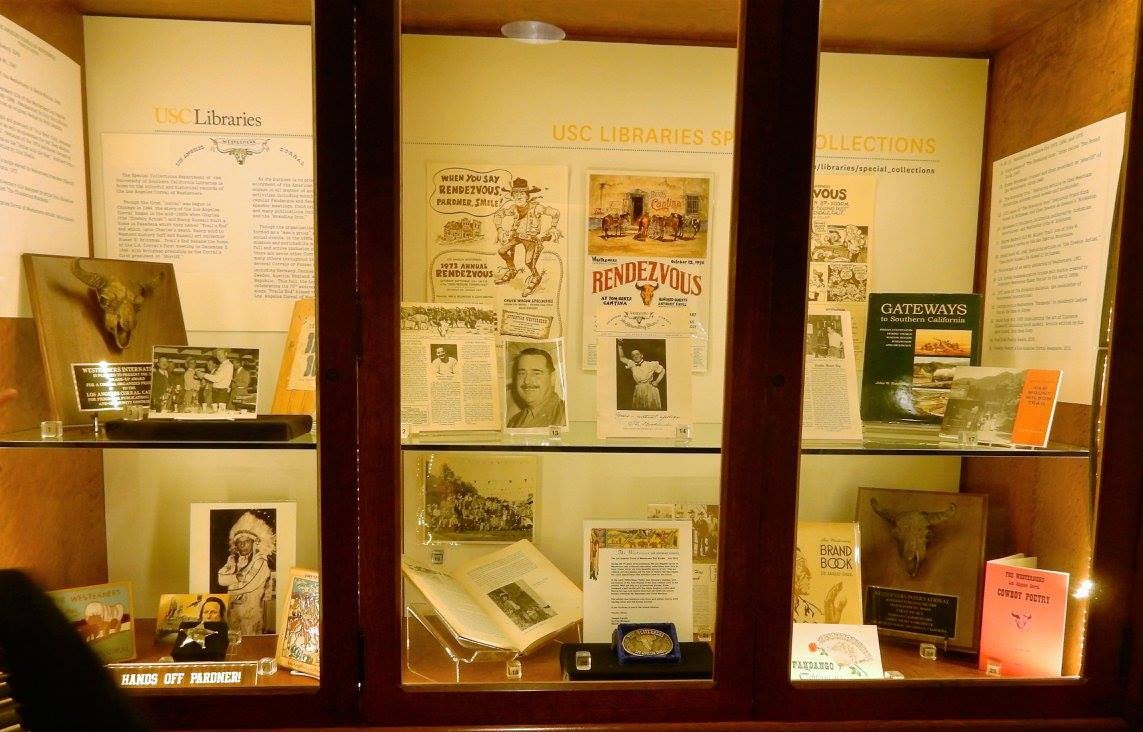 The exhibit in the Special Collections display case highlights memorabilia from the Los Angeles Corral of Westerners records. 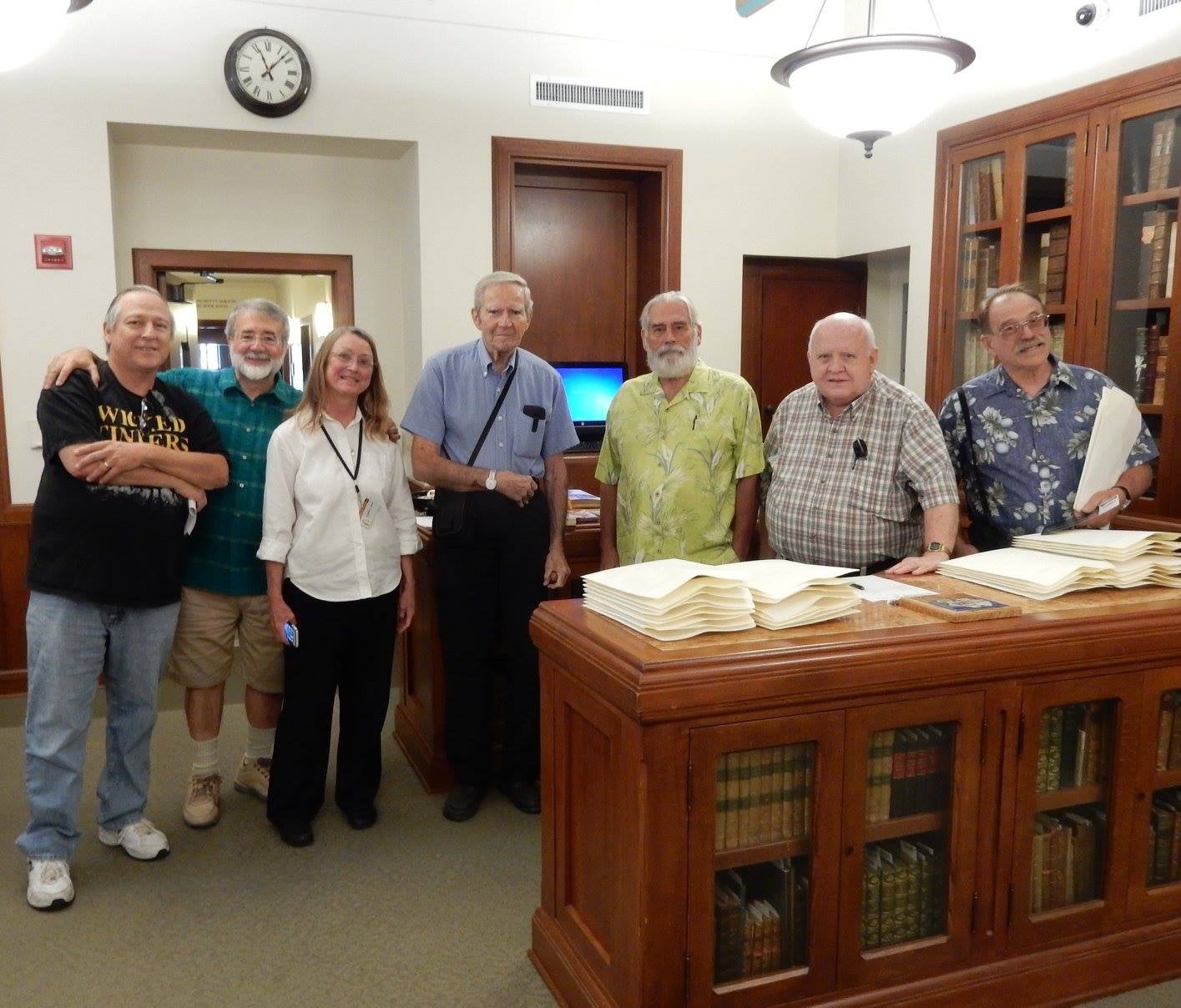 Morin (third from left) with members of the Los Angeles Corral of Westerners.