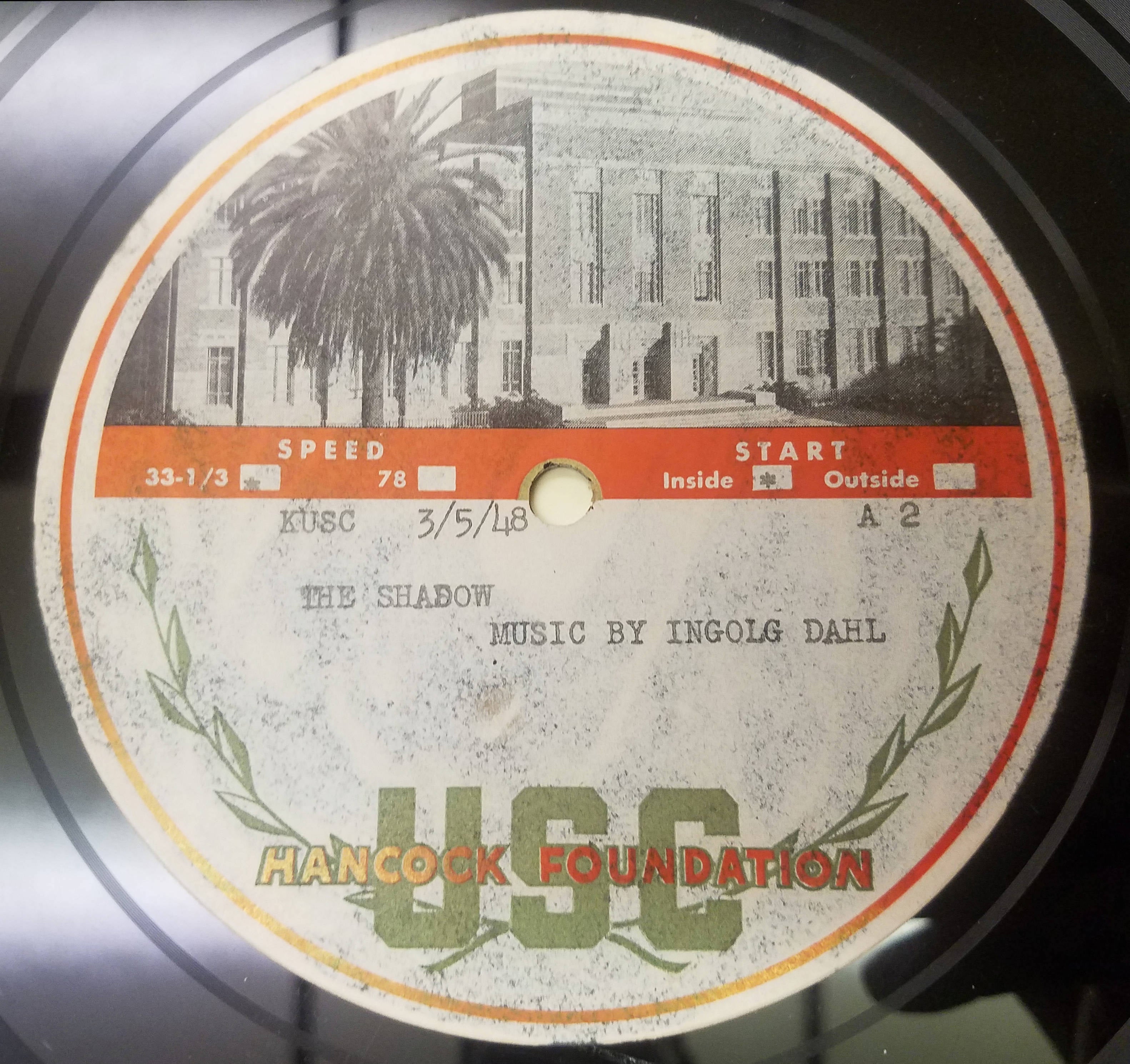 Thanks to generous support from the Association for Recorded Sound Collections (ARSC), the USC Libraries recently completed a project to digitize more than 100 fragile, glass-core disks of rare Los Angeles classical music performances from the 1930s and 1940s.

Through the project, these original recordings—often featuring USC students and preeminent performing arts faculty like German émigré composers Ingolf Dahl and Ernst Toch—were restored and published for free online access via the USC Digital Library. They offer a reconstructed soundscape of musical performances and popular culture from the late 1930s to the aftermath of World War II.

Among the highlights are 25 recordings of performances by the Hancock Ensemble sponsored by Captain George Allan Hancock, who played violoncello for the group and founded the Allan Hancock Foundation and Hancock Institute for Marine Studies at USC. The earliest digitized for the project is an October 2, 1937, performance by the ensemble of pieces by Teresa Carreño, Claude Debussy, Hans Seeling, Bedřich Smetana, and a diverse selection of other composers.

Other discoveries from the project are a 1944 performance by the Brodetsky Ensemble of String Quartet no. 9 by Ernst Toch and a rare 1946 performance of works by Brazilian composers like Heitor Villa-Lobos in the United States. Both were recorded at L.A.’s Wilshire Ebell Theatre in the Mid-Wilshire district.

Recordings of compositions by European émigré artists like Ingolf Dahl and Miklós Rózsa show the influence of classical music traditions on popular culture. Rosza helped to establish USC’s film music program in the 1940s, and Dahl composed music for the long-running radio serial, The Shadow. One of the recordings selected for the project captures a 1948 KUSC broadcast of a remake of “The Ghost Walks Again,” an episode of The Shadow first broadcast in 1941.

The entire collection of 76 performances from the Hancock Collection can now be enjoyed on the USC Digital Library.

The project was the result of work by Susan Luftschein of the USC Libraries Special Collections; Wayne Shoaf and Yuriy Shcherbina of the USC Digital Library; Andrew Justice of the USC Music Library; USC Thornton School of Music professor Jo-Michael Scheibe; and USC Libraries project manager Tim Stanton. Digitization of the original 1930s- and 1940s-era glass-core disks was completed to a meticulous standard by Lance Bowling and Luke Horeczko of Cambria Music.

The ARSC grant was awarded to the USC Libraries under the Preservation of Classical Music Historical Recordings Grant Program.