Perspectives of a Freedom Rider in the University Archives: The Ralph Fertig Papers

Ralph Fertig’s fourteen-year career at what is now the USC Suzanne Dworak-Peck School of Social Work strengthened the school’s commitments to social justice and community engagement. With the recent donation of his papers to the USC University Archives, Fertig’s achievements in social work education, along with his past work as a federal administrative judge, civil rights lawyer, and activist, come to life through his authored essays, personal narratives, collected clippings, correspondence, and other primary resources that comprise his collection. 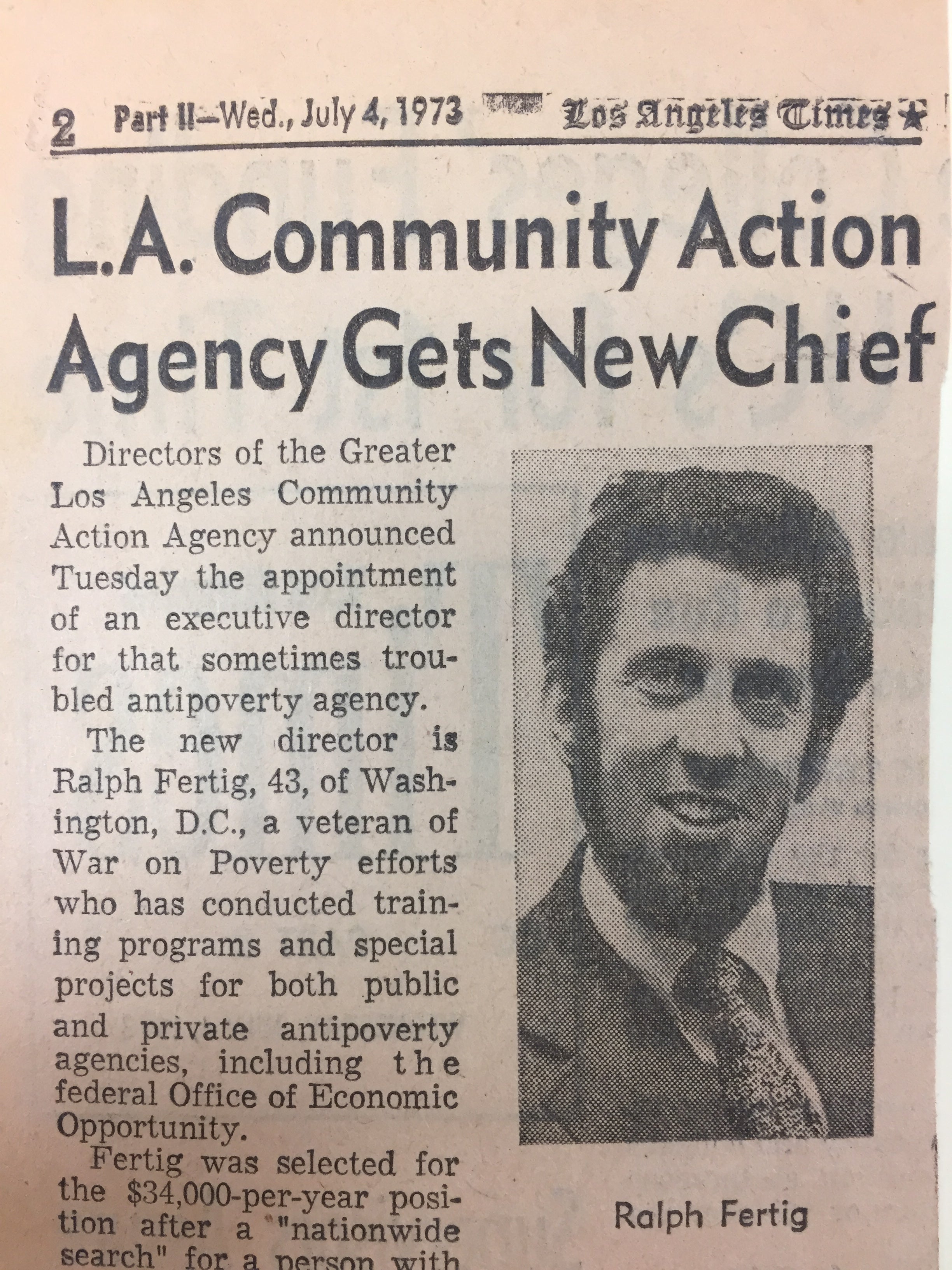 One part of Fertig’s life that his students and associates might not know as much about is his participation in the 1961 Freedom Rides. The materials in Fertig’s collection that document his life-long commitment to the Freedom Rides, both as a specific set of demonstrations in the Civil Rights Movement and as a catalyst for forming a community of activists, are of particular historical value.

Even though the U.S. Supreme Court ruled in 1946, 1956, and 1960 that racially segregated public buses were unconstitutional, Southern states were still ignoring these decisions in 1961 and the federal government was not enforcing them. In May of 1961, Fertig joined the movement to challenge this inaction by riding interstate buses across Southern states in mixed racial groups and integrating transit restrooms and waiting rooms. When met with violent resistance by white supremacist mobs and local law enforcement, the Freedom Riders would attempt to compel the Justice Department to enforce the desegregation laws. 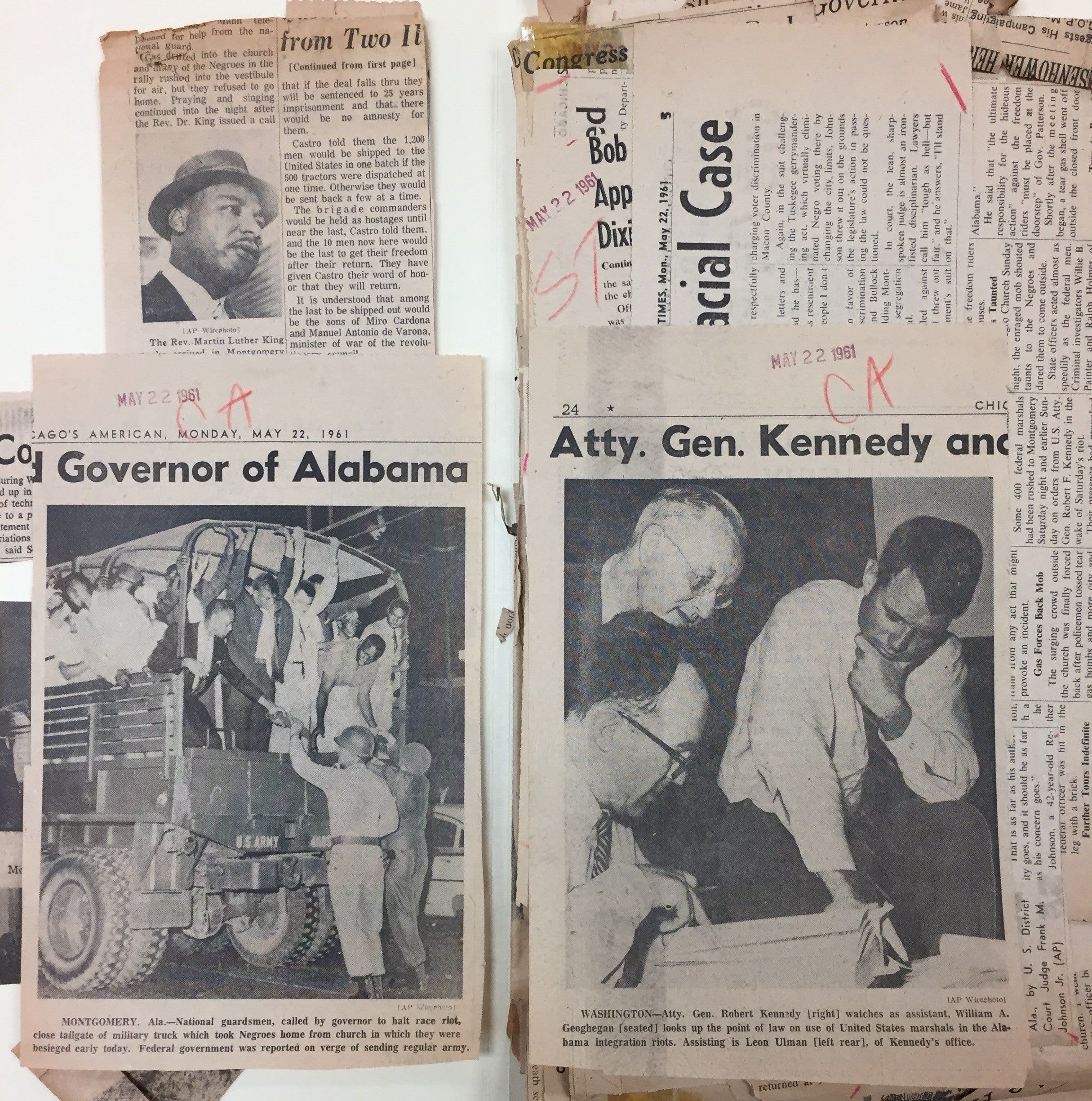 The Ralph Fertig papers contain numerous clippings, essays, and personal narratives documenting the Freedom Rides as a movement and, in more detail, Fertig’s own participation. In one memoir titled “Four Days in the Life of a Freedom Rider,” Fertig describes a bus ride in Alabama where an older white woman occupied two seats on a crowded bus while other passengers stood in the aisle. Fertig notified this woman of the lack of seating and helped open the adjacent seat for an African-American woman who had been standing. The driver of the bus and many of its white passengers reacted angrily to Fertig’s action, calling him a “Commanist agitator” – among other names. When the bus stopped in Selma, a group of police officers awaited its arrival and, after meeting with the bus driver and urging the white passenger to sign a statement, arrested Fertig for disturbing the peace.

Following his arrest and a hastily conducted hearing, Fertig was incarcerated in the Dallas County jailhouse with bail set for $1,500. Eventually Fertig was ordered into a bullpen with five other white inmates. These inmates, egged on by the deputy sheriff and visitors to the jail professing to be Klansmen, assaulted Fertig until his ribs were broken and he was in and out of consciousness. An orderly of the jail that Fertig knew only as Dave – “a thin-framed Black porter, bent over a wet mop” – saved Fertig’s life by constantly mopping the floors in and around the cell, inhibiting the other inmates. Fertig survived into the following day when three lawyers, Solomon S. Seay Jr., Fred D. Gray, and Charles Connolly, obtained his release.

Fertig’s papers also contain a large file of correspondence following his release from the Dallas County jail. These letters express solidarity, gratitude, pride, and wishes for his recovery from a wide spectrum of individuals and groups. 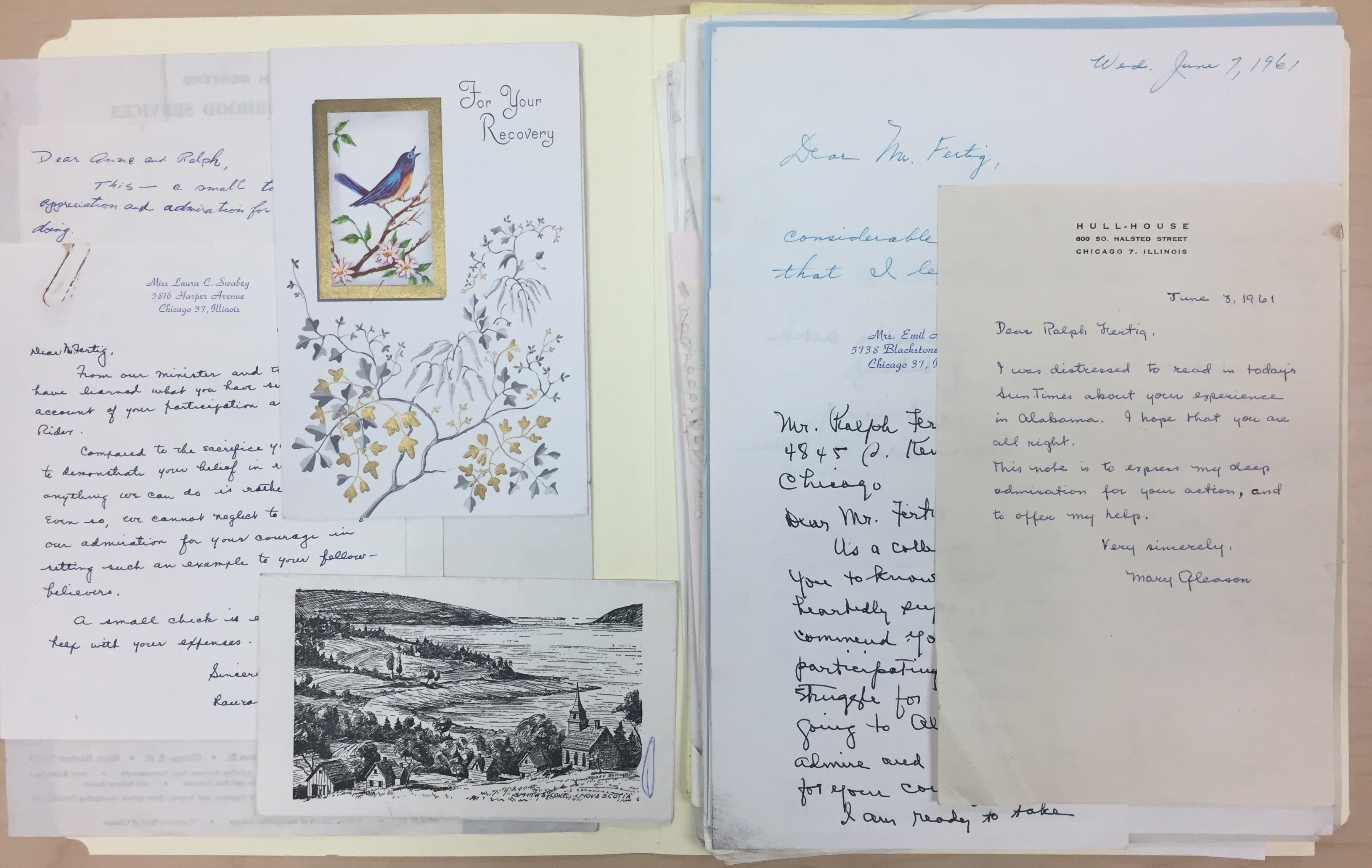 With material relating to the Freedom Riders dating from 1961 through 2011, including rosters listing names and contact information for the participants, Fertig’s papers show that his shared identity with this movement was not confined to the year that the demonstrations took place, but spread across the majority of his life and career. This collection holds extensive rosters from different decades listing names and contact information for other participants of the 1961 Freedom Rides. Throughout his life, Fertig constantly engaged with members of this movement, organizing the other Freedom Riders for reunions, publications, and initiatives for social justice well beyond the Civil Rights Movement of the 1950s and ‘60s. A poster in Fertig’s papers proclaiming the official Freedom Riders Day by then-Mayor Antonio Villaraigosa serves as a unique visual representation of this community and Fertig’s commitment to it. 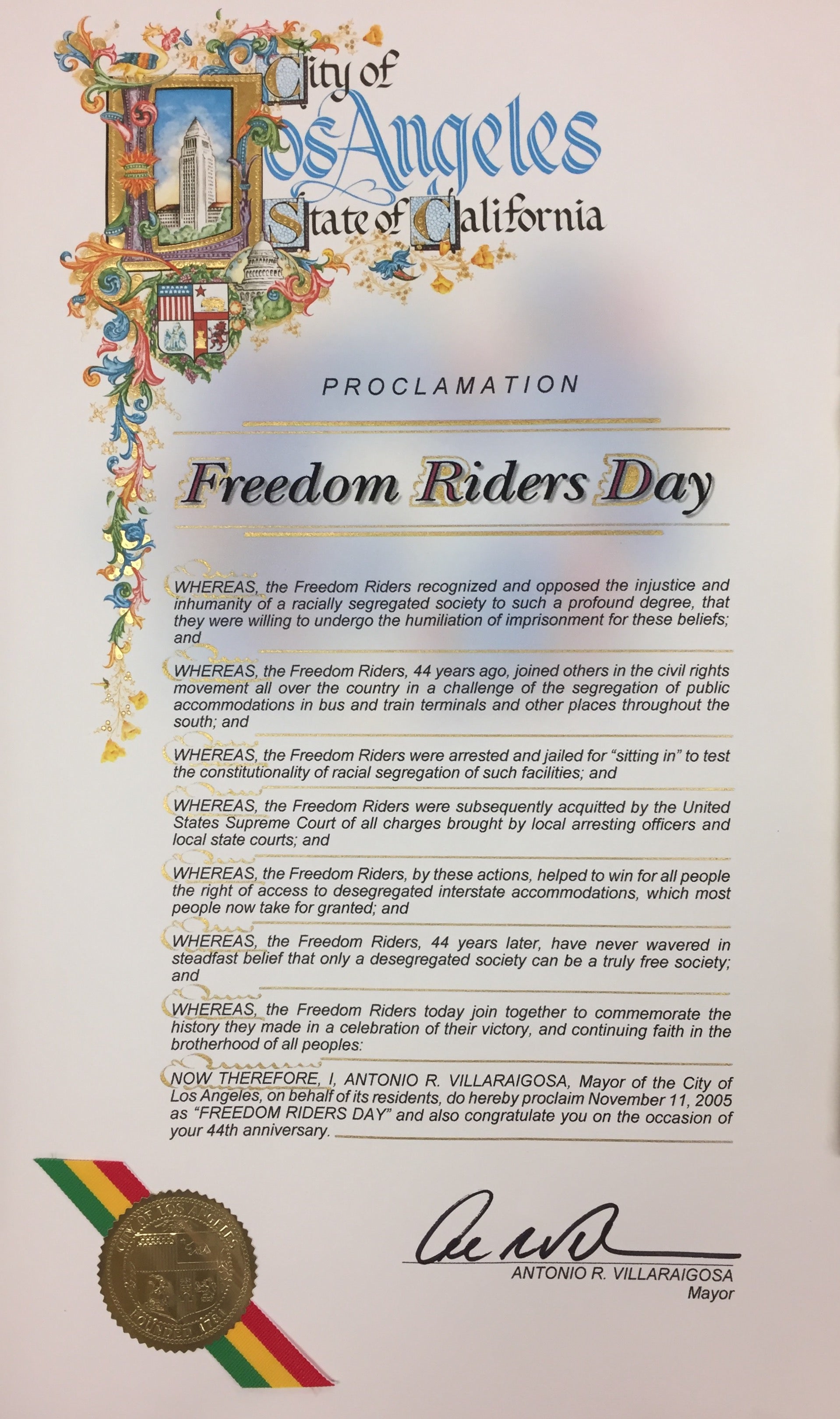 The Ralph Fertig papers are now open for research.

Bo Doub is archival projects librarian for the USC Libraries' Special Collections. Bo’s past work includes managing archives processing projects for the Computer History Museum and the Center for the Study of Political Graphics.