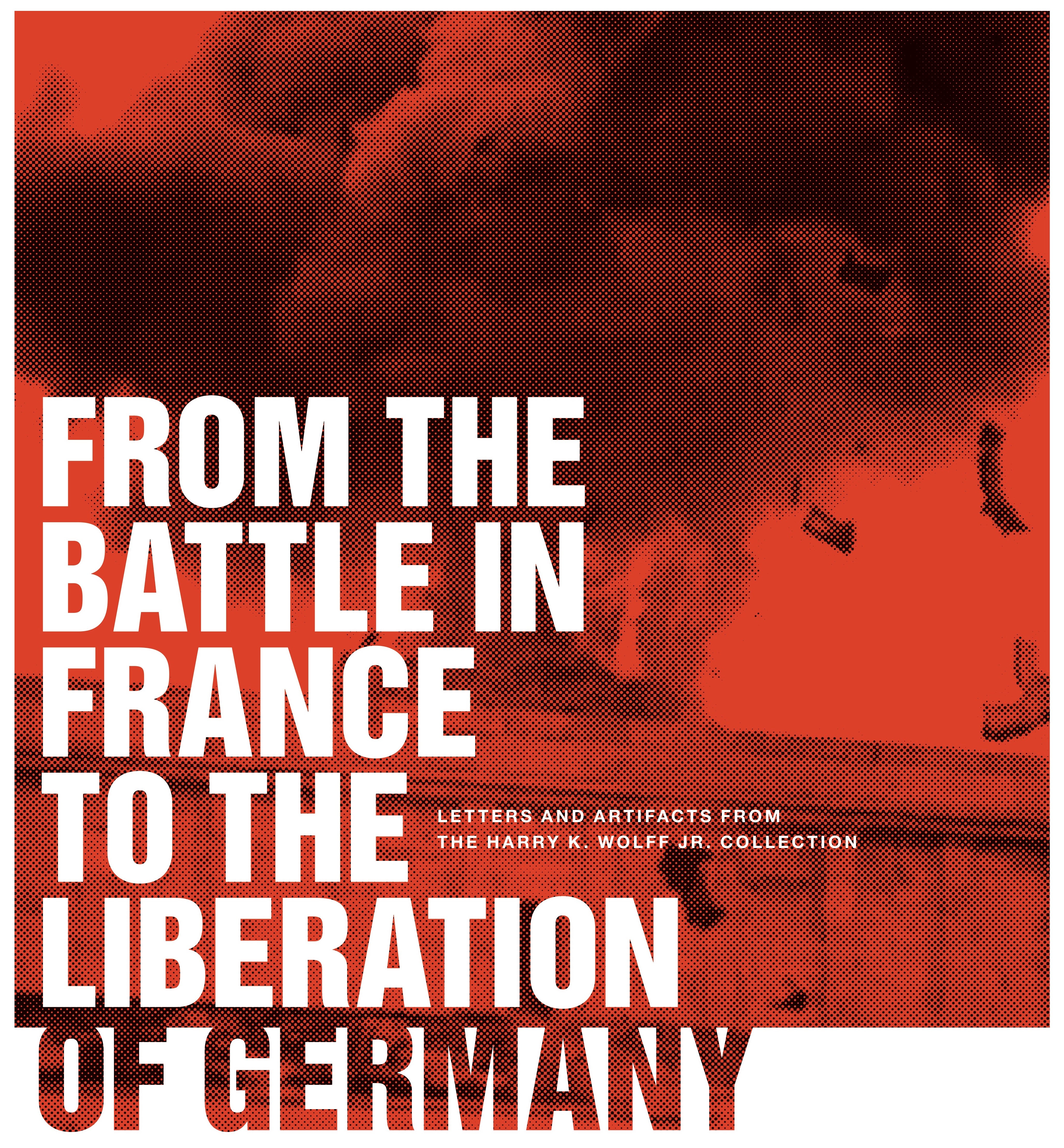 An exhibition documenting the experience of a Jewish American soldier in World War II Europe through is now on display through February 15, 2019, in Doheny Library's first-floor Treasure Room. From the Battle in France to the Liberation of Germany features letters and rare artifacts from the USC Libraries' Harry K. Wolff Jr. collection.

Among the hundreds of thousands of US soldiers called to duty during WWII was a thirty-year-old Jewish lawyer from San Francisco named Harry K. Wolff Jr. His army unit landed in France around D-Day in June 1944 and fought its way to Germany over the next year. Postwar, Wolff acted as a judge advocate for American soldiers and witnessed war crime tribunals at the former concentration camp in Dachau, where he was one of the officers responsible for 30,000 Nazi soldiers housed while awaiting trial. Wolff wrote letters home describing his experiences abroad—including basic training, deployment in combat, and his time at Dachau and the subsequent trials—as well as the “souvenirs” he picked up along the way. Unusual for most US soldiers who brought home memorabilia, he wrote detailed descriptions of where and when he found a particular piece, often taking pictures of the locations.

Among the artifacts he collected are foreign brochures, pamphlets, and periodicals; copies of the Stars and Stripes newspaper produced by the US military; Nazi armbands, flags, medals, weapons and, notably, fragments from a giant swastika formerly perched atop the Nazi party rally stadium in Nuremberg but blown up by his own air defense unit on orders of General Patton. In 2016, Wolff’s daughter, Andrea Stanley, and her husband David, donated their incredible collection of hundreds of letters, photos, and artifacts to USC, where it joins a growing wealth of Holocaust and other genocide-related material, including the testimonies in the USC Shoah Foundation’s Visual History Archive; the USC Libraries’ Holocaust and Genocide Studies Collection of primary and secondary sources; and the Feuchtwanger Memorial Library, home of the archives of European exiles who fled the Third Reich and settled in California.