With generous support from the Council on Library and Information Resources, ONE Archives at the USC Libraries is embarking on a project to create a new digital collection of political posters and signs from protests and pride celebrations dating to the origins of LGBTQ civil rights movements in the 1950s and 1960s.

Upon completion of the two-year project, which is made possible by a grant under CLIR’s Digitizing Hidden Collections program, 4,200 political graphics from ONE’s unparalleled collections will be accessible via the USC Digital Library and the Digital Public Library of America.

Some highlights of materials included in the project are visually stunning posters and signs created by ACT UP during the 1980s; iconic posters created for the “Gay-Ins” organized by the Gay Liberation Front during the 1970s as well as early pride celebrations; signs from the historic marches on Washington; and some of the earliest signs created for demonstrations organized by 1950s-era homophile organizations like the Mattachine Society. 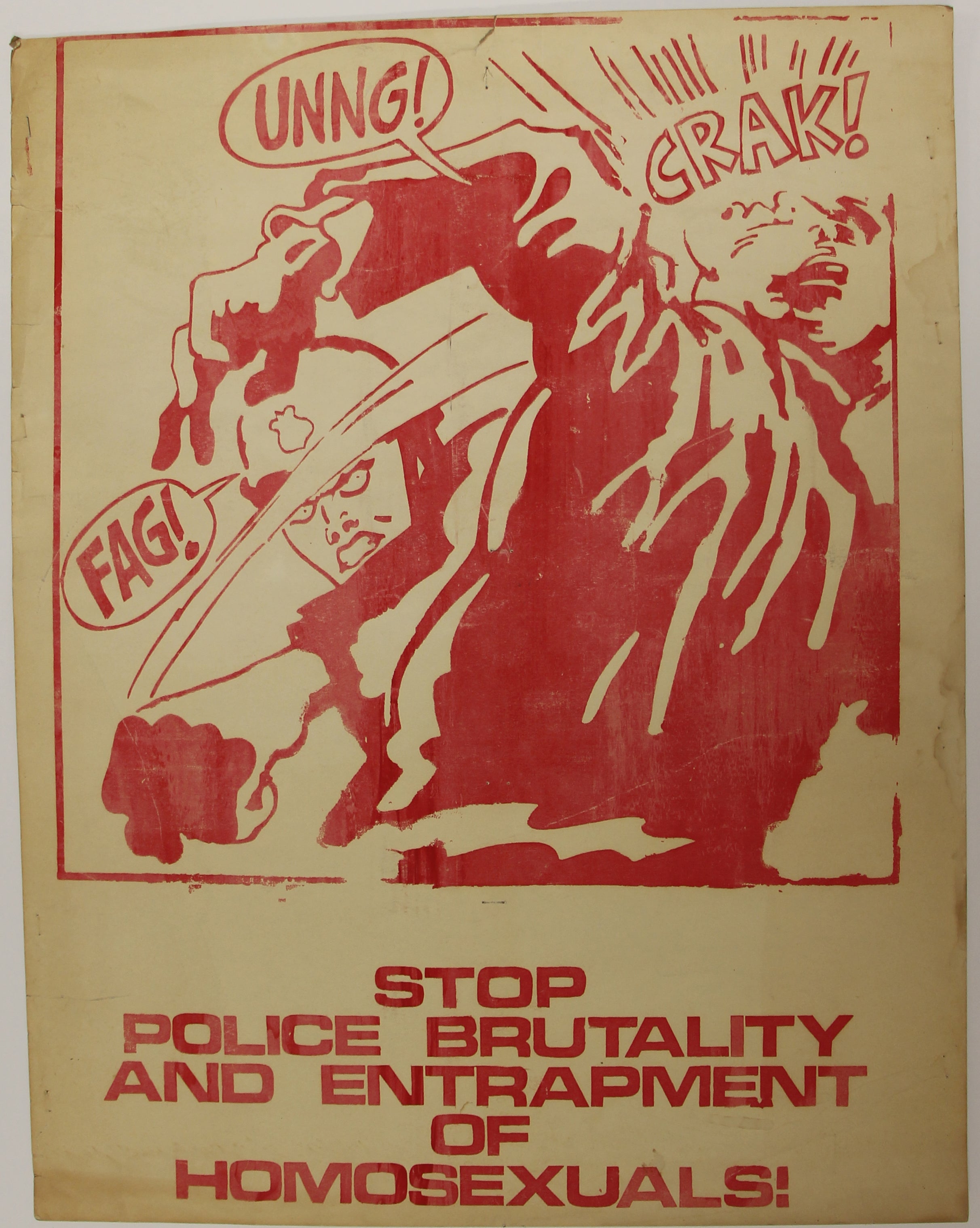 Sign from 1971 protest at the Hollywood Division of the L.A. Police Department 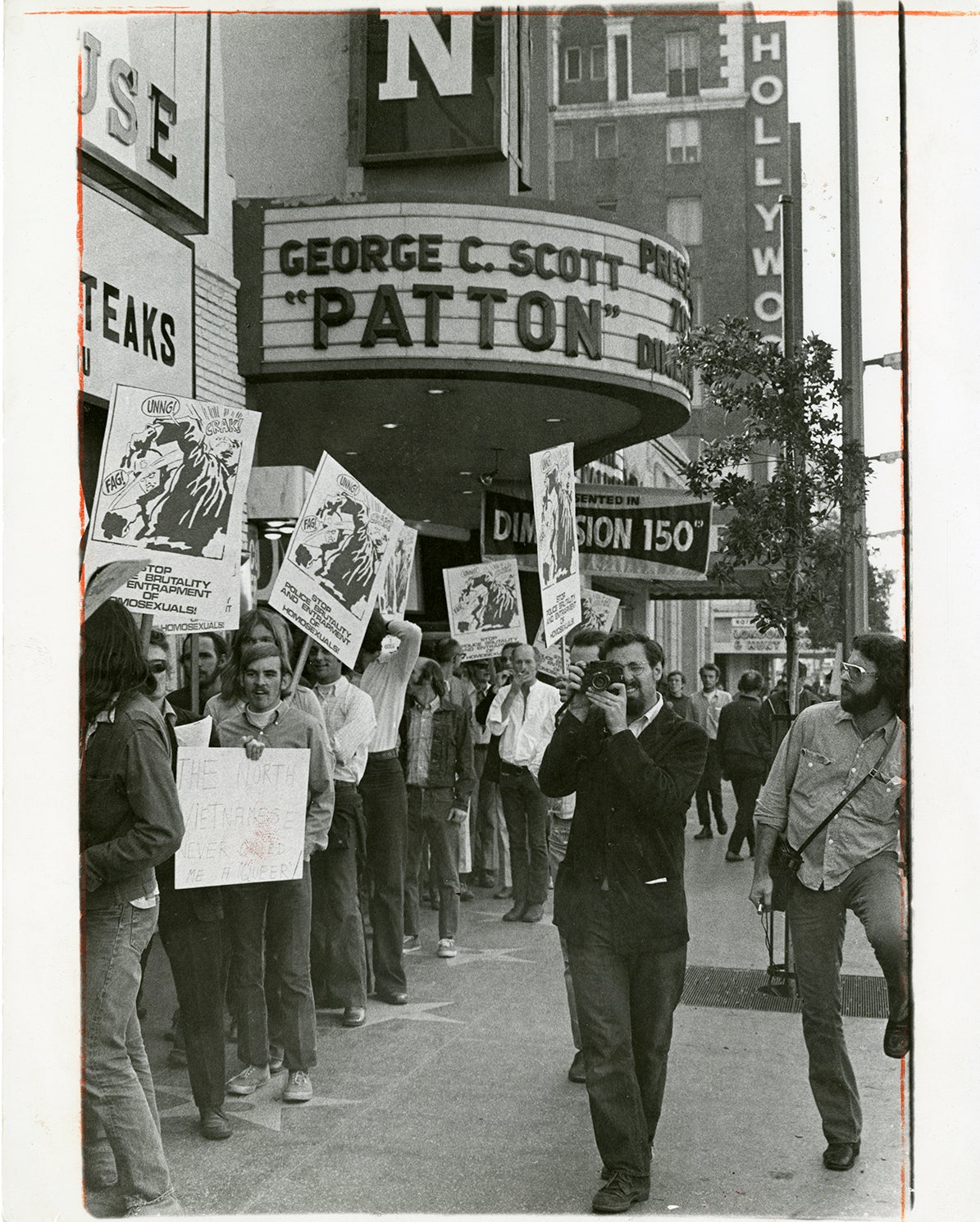 Picture from same 1971 protest, which moved to Hollywood Boulevard. From “Hollywood” cover article in The Advocate, Feb. 17 - March 2, 1971.

We’ll be posting more political graphics from ONE’s collections as they are digitized for free online public access as part of this ambitious project.