The USC Libraries have finished processing their Los Angeles Women's March collection, which includes 163 posters and flyers, five pussy hats, one t-shirt, and other assorted ephemera. The January 21, 2017 march, which occurred one day after President Donald Trump's inauguration and occurred in conjunction with similar demonstrations across the nation, was the largest public protest in Los Angeles history. The collection is now accessible by appointment at the USC Libraries' Special Collections to students, faculty, and others researching the historic march.

The Daily Trojan previously covered the libraries' efforts to collect ephemera from the march and a Special Collections exhibit from the collection.

For more information about the collection, consult the finding aid. 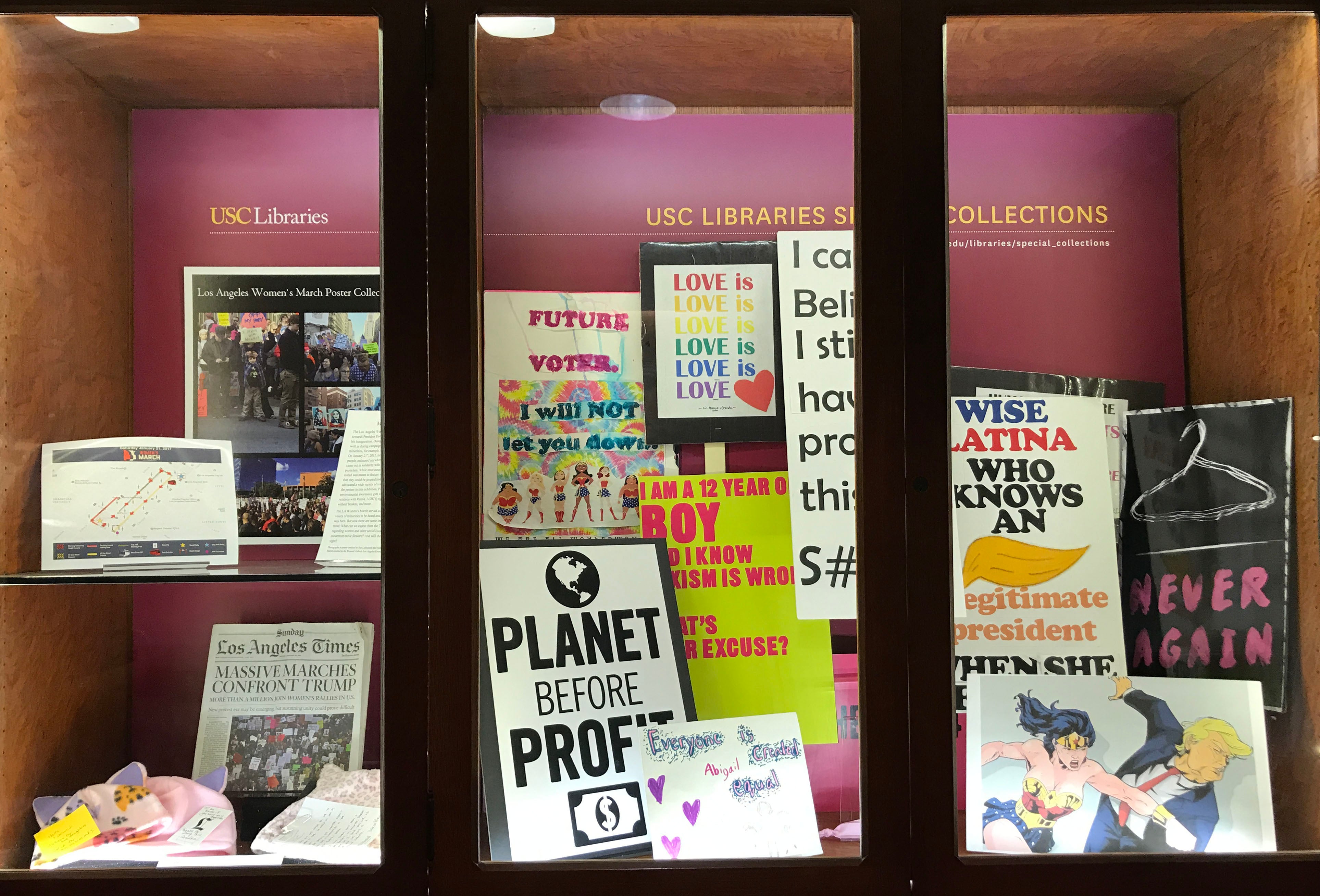