The Lawrence Lipton papers consist of correspondence, interviews, manuscripts, audio recordings, collected publications, photographs, and motion pictures created and collected by Beat Generation chronicler Lawrence Lipton. The collection documents Lipton's prolific work as a novelist, poet, and columnist through typescripts and manuscripts of his works; correspondence between Lipton and members of the Beat Generation, including Allen Ginsberg; and interviews that Lipton conducted with a variety of notable writers and musicians during the 1960s. By the time Lipton published his 1959 book, The Holy Barbarians, he had settled in Venice, California, where his home became an informal center for the arts. In Venice, Lipton was associated with documenting the Beat Generation, restoring poetry as a vocal art, and experimenting with poetry in jazz music. Following the completion of this processing project, various independent researchers have accessed the collection, many of Lipton’s audio recordings have been digitized, and both photographs and recordings from the collection were recently used in the Venice-focused episode of Lost LA’s third season. 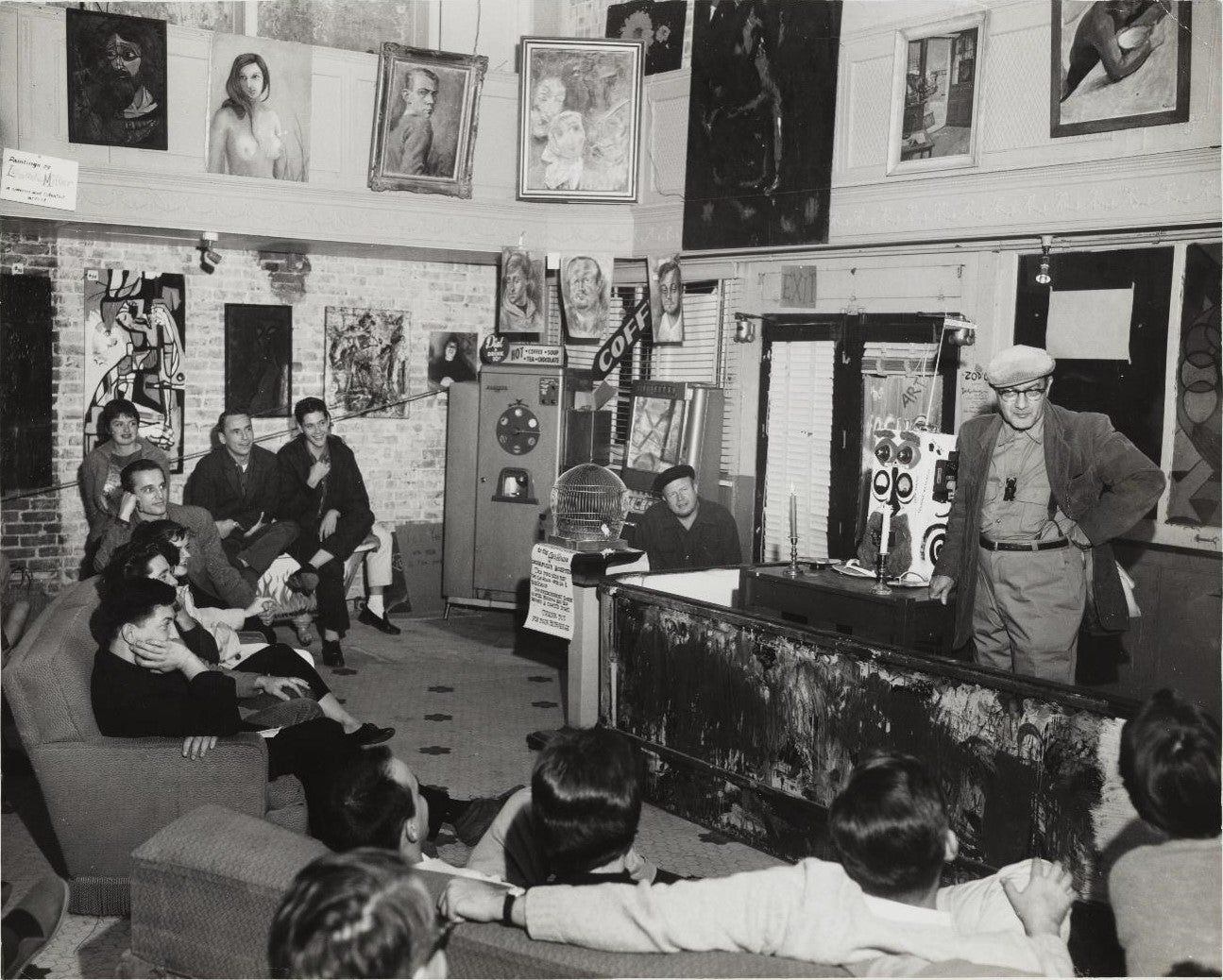 The William L. Pereira & Associates records consist of architectural plans, materials for presentations to clients, site studies, project workbooks, and interim reports documenting the majority of the firm's projects from 1960 to 1989. William Leonard Pereira, who had already been working as an architect in Chicago and Los Angeles since the early 1930s, founded the William L. Pereira & Associates in 1958. Pereira & Associates designed over 300 buildings—including the Transamerica Pyramid in San Francisco; the University of California, Irvine campus (its infrastructure, campus layout, and early buildings); the original three buildings of the Los Angeles County Museum of Art (LACMA); and much of the University of Southern California's University Park Campus, where Pereira also taught as a professor in USC's School of Architecture. The collection also holds six pre-1960 project documents created under Pereira's earlier firm, Pereira & Luckman, as well as news clippings dating back to 1939, a small number of films, and photographs by Julius Shulman. 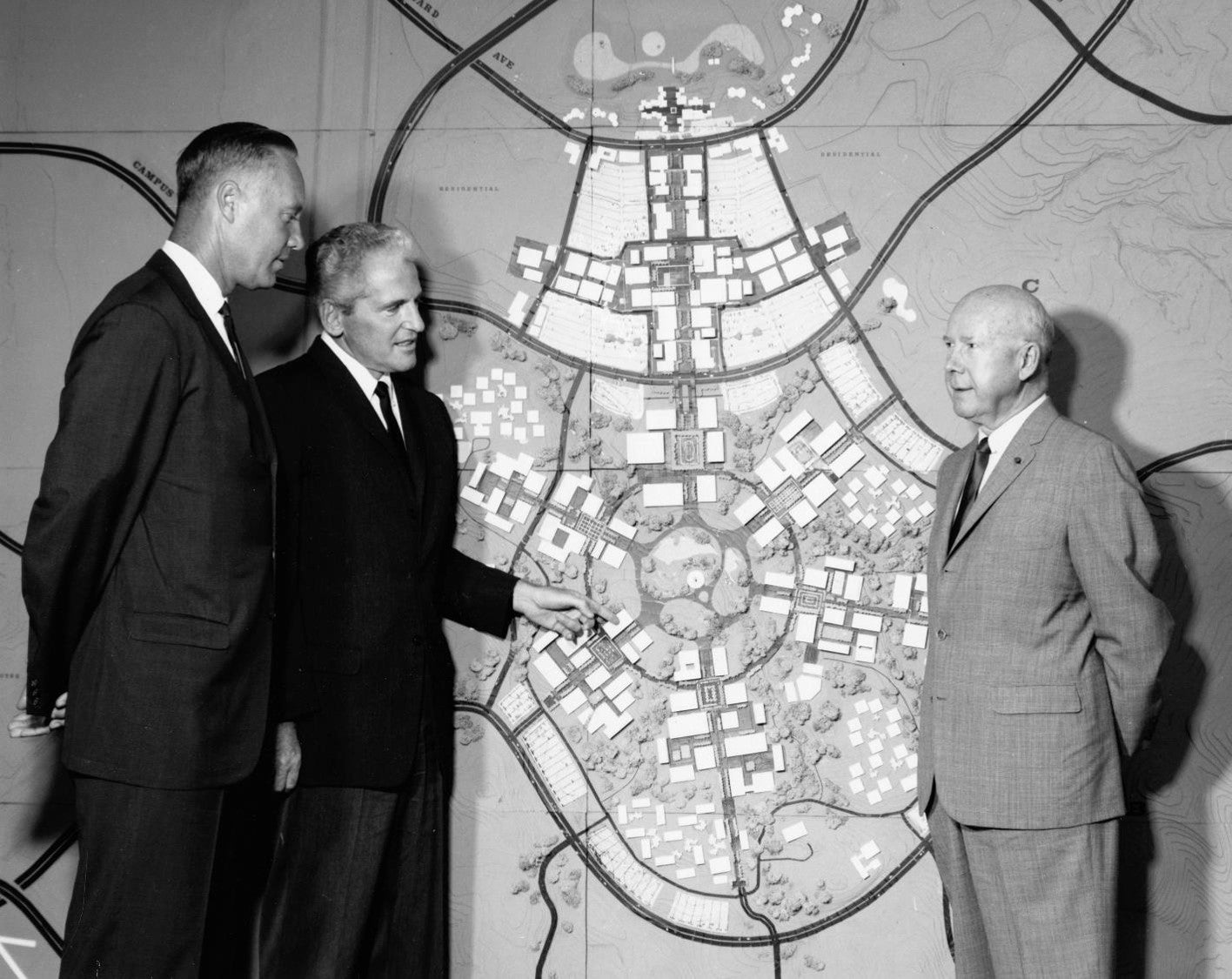 Lastly, the Floyd C. Covington papers document the life of a civic leader in Los Angeles' African American community from the late 1920s to the 1970s. Through his work as the first Executive Director of the Los Angeles Urban League and his service in the Department of Housing and Urban Development, Covington redefined social welfare and equal opportunity in both employment and housing for various communities in Los Angeles. Covington's papers contain his early writings from his youth and education in Seattle and Topeka, Kansas; scrapbooks, photographs, posters, and reports from his leadership of the Los Angeles Urban League during the 1930s and ‘40s; correspondence, speech drafts, and other writings documenting Covington's work in intergroup relations and equal opportunity at the U.S. Department of Housing and Urban Development; family mementos—including papers and photographs from Covington's wife, Alma Covington, and his father-in-law, Thomas Augustus Greene, Sr.; and lastly, correspondence, realia, and creative works documenting Covington's strong relationships with community associations, such as the first African American YMCA in Los Angeles. Since the USC Libraries acquired the Covington papers in late 2017, the collection has been used in class visits to Special Collections and by independent researchers. It will also be featured in a spring 2019 exhibition in Doheny Library. 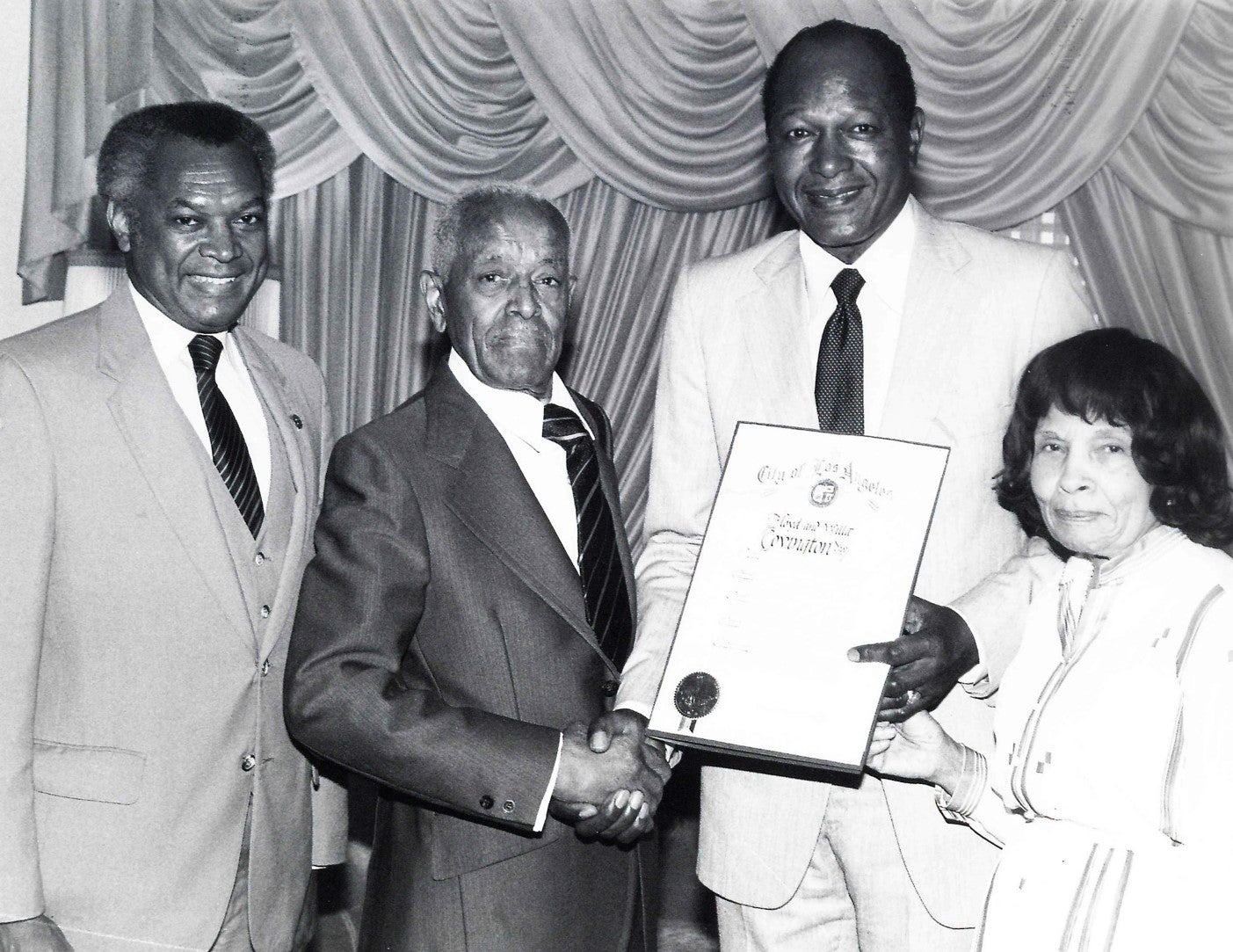