How the USC Libraries Celebrated Scholarly Success During Commencement Week 2019

On May 10, the Trojan Family gathered on Doheny Library's doorstep for the university's 2019 commencement ceremony, and from May 8-10 the USC Libraries celebrated the academic achievements of exceptional student scholars in a series of ceremonies.

The festivities began on the afternoon of May 8 with the initiation of 231 students into the Honor Society of Phi Kappa Phi (PKP). The organization’s USC chapter, which makes its home at the USC Libraries, is the university’s oldest fully interdisciplinary honor society. USC Interim President Wanda Austin, who was among the faculty initiaties, delivered the keynote address. 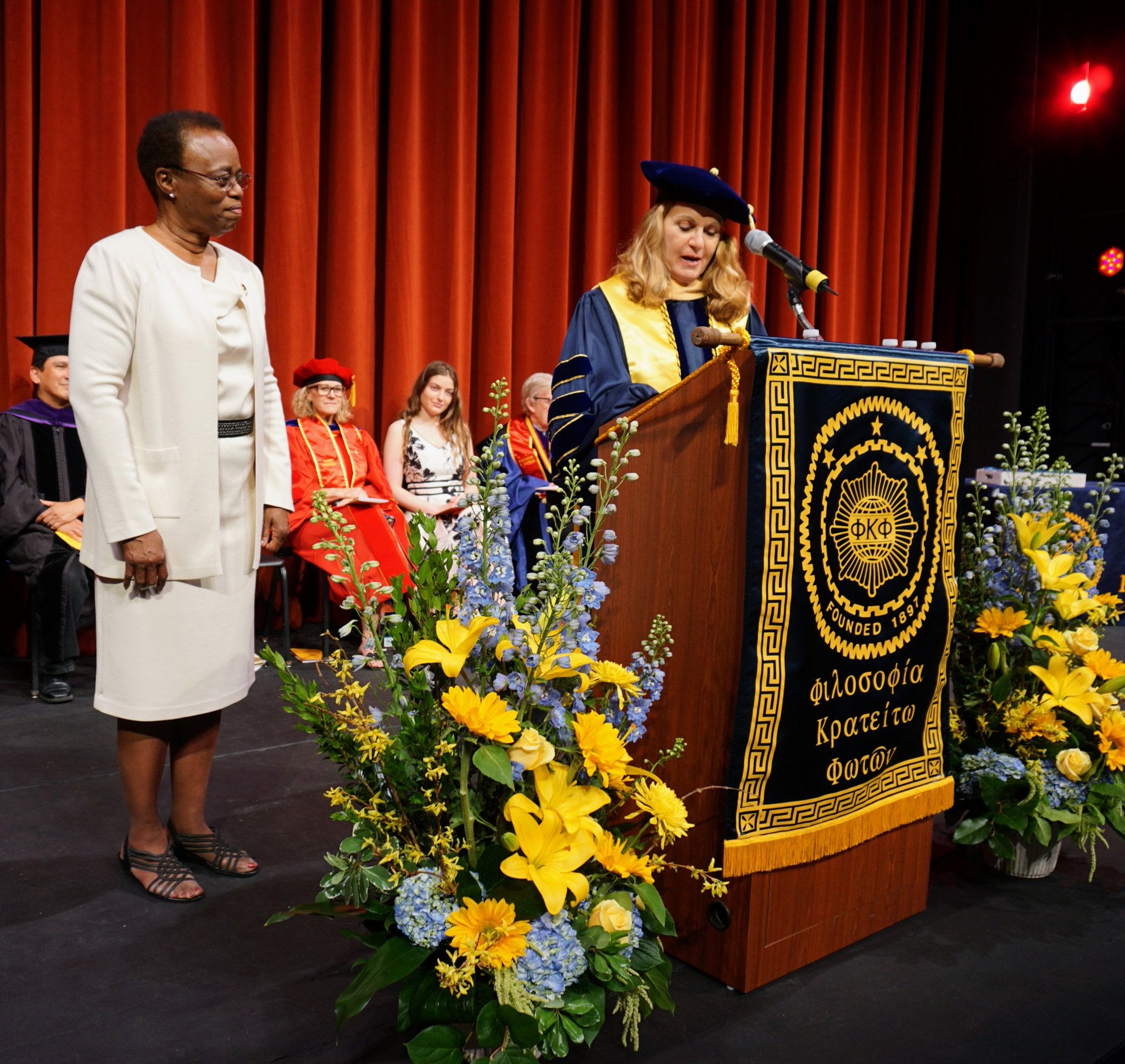 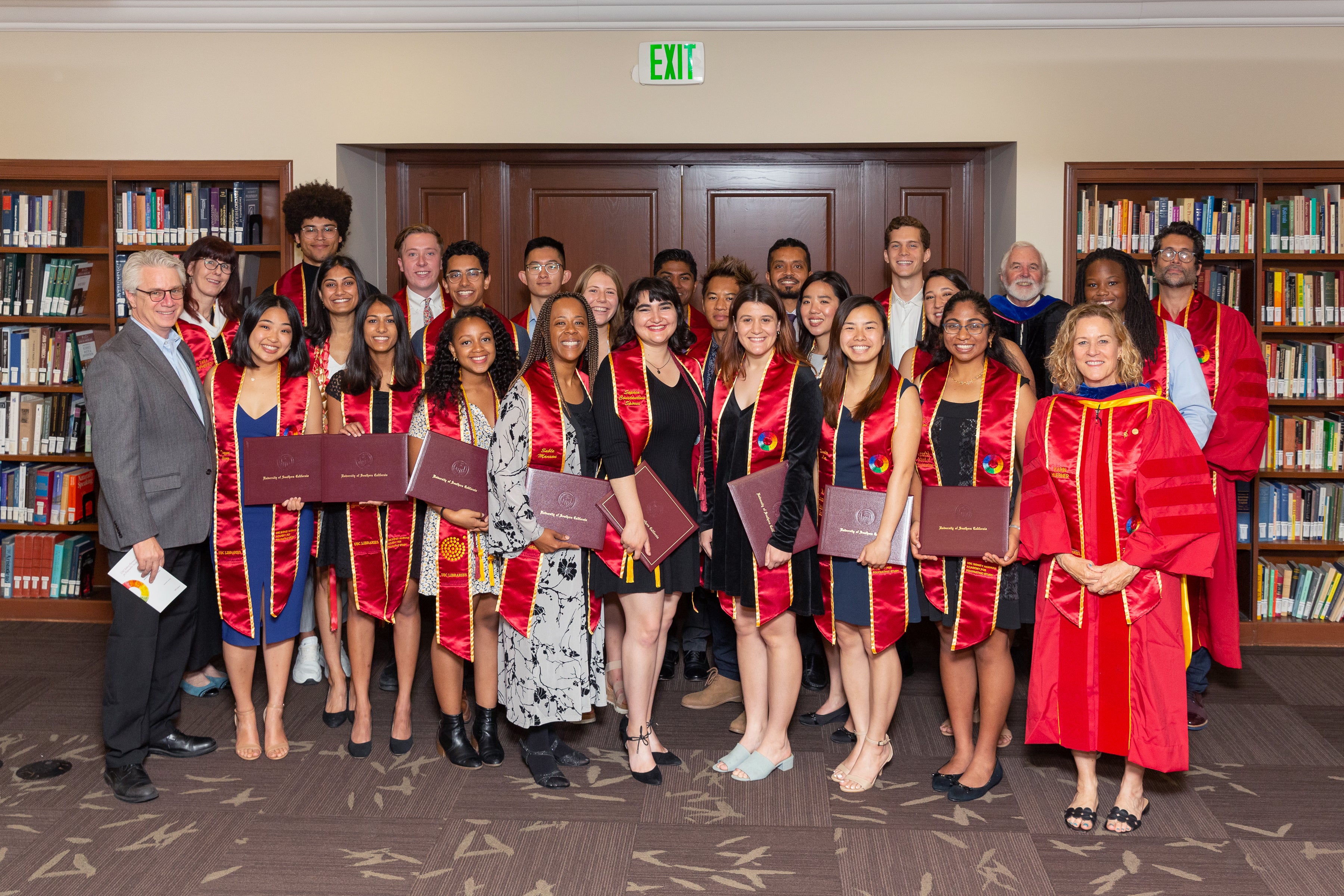 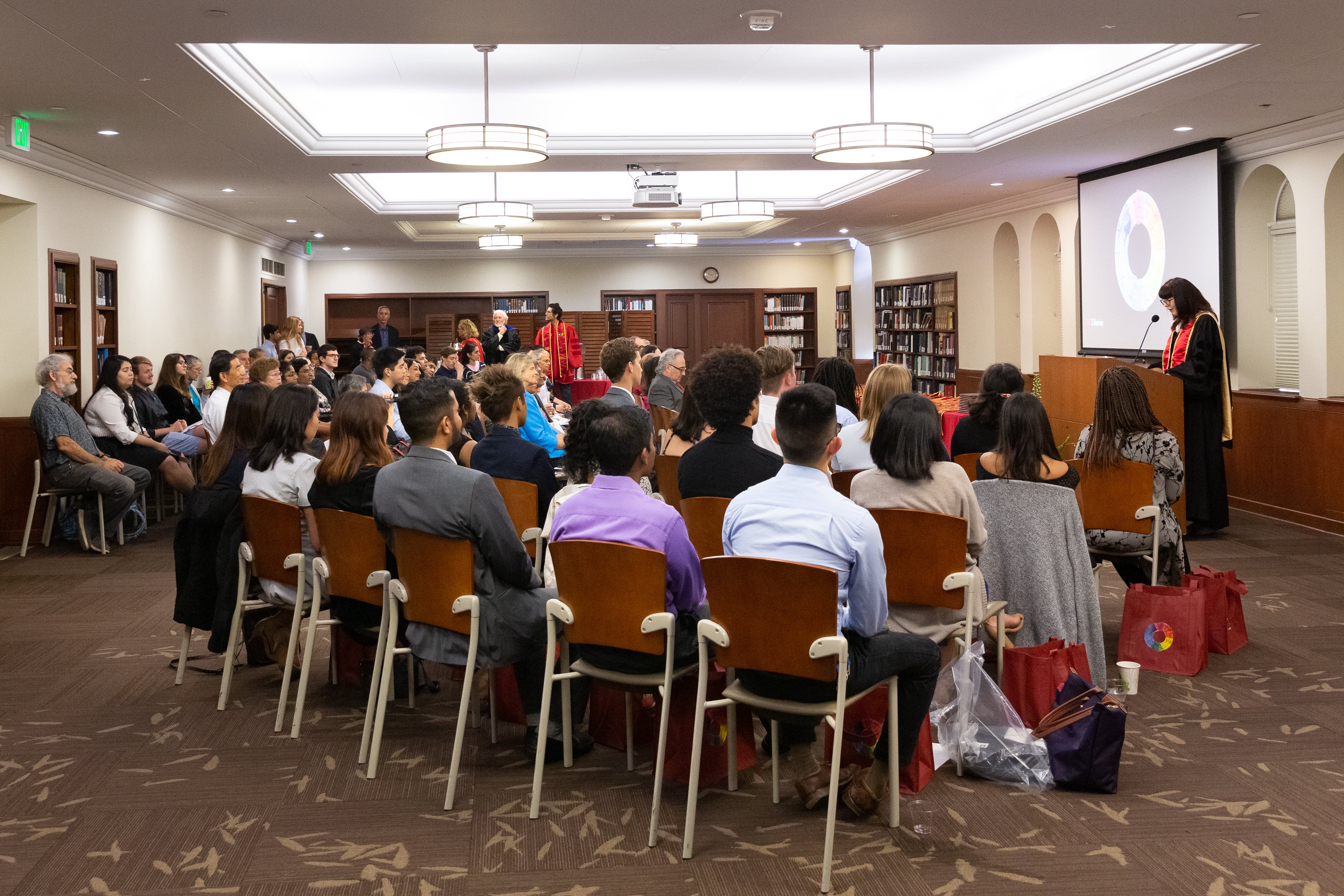 The celebrations continued on the afternoon of May 9 with the annual Wall of Scholars recognition ceremony. Surrounded by the names of past honorees in Leavey Library’s Weingart Reading Room, USC Libraries Dean Catherine Quinlan joined University Professor Leo Braudy, Skull and Dagger Society President Jerry Papazian ’77 and hundreds of family members, friends, faculty and staff in congratulating graduates who have won a national or international scholarship, or who have earned certain USC academic accolades, including valedictorian Ivana T. Giang and salutatorians Diviya Gupta and Haochen Wang. The Skull and Dagger Society created the Wall of Scholars in 1995. Each year, the graduates’ names are etched into the wall’s glass panels.

In her remarks, Dean Quinlan noted that Leavey Library records more than 1.2 million visits from students, faculty, and other guests each year. The library, she said, "is one of the most active, vital spaces of study, research and creative achivement on campus. And so it is fitting—and a great honor for us—that Leavey Library also celebrates our students at commencement time, as they prepare to enter the world and change it, as so many Trojan alumni have done before them."

Finally, on the afternoon of May 10, Doheny Library hosted a luncheon to honor the most recent graduates of the USC Master of Management in Library and Information Science program, which the USC Libraries launched with the USC Marshall School of Business in 2013. Brian E. C. Schottlaender, director of the Library Senior Fellows Program at UCLA, delivered the kenynote address. Dean Quinlan presented two awards to graduating students: Colleen Rebecca Hybl received the Dean's Award for Academic Achievement, and Anita Lisa Torres received the Ken Haycock Award for Leadership.