How the USC Libraries Are Celebrating Students’ Academic Achievements This Week 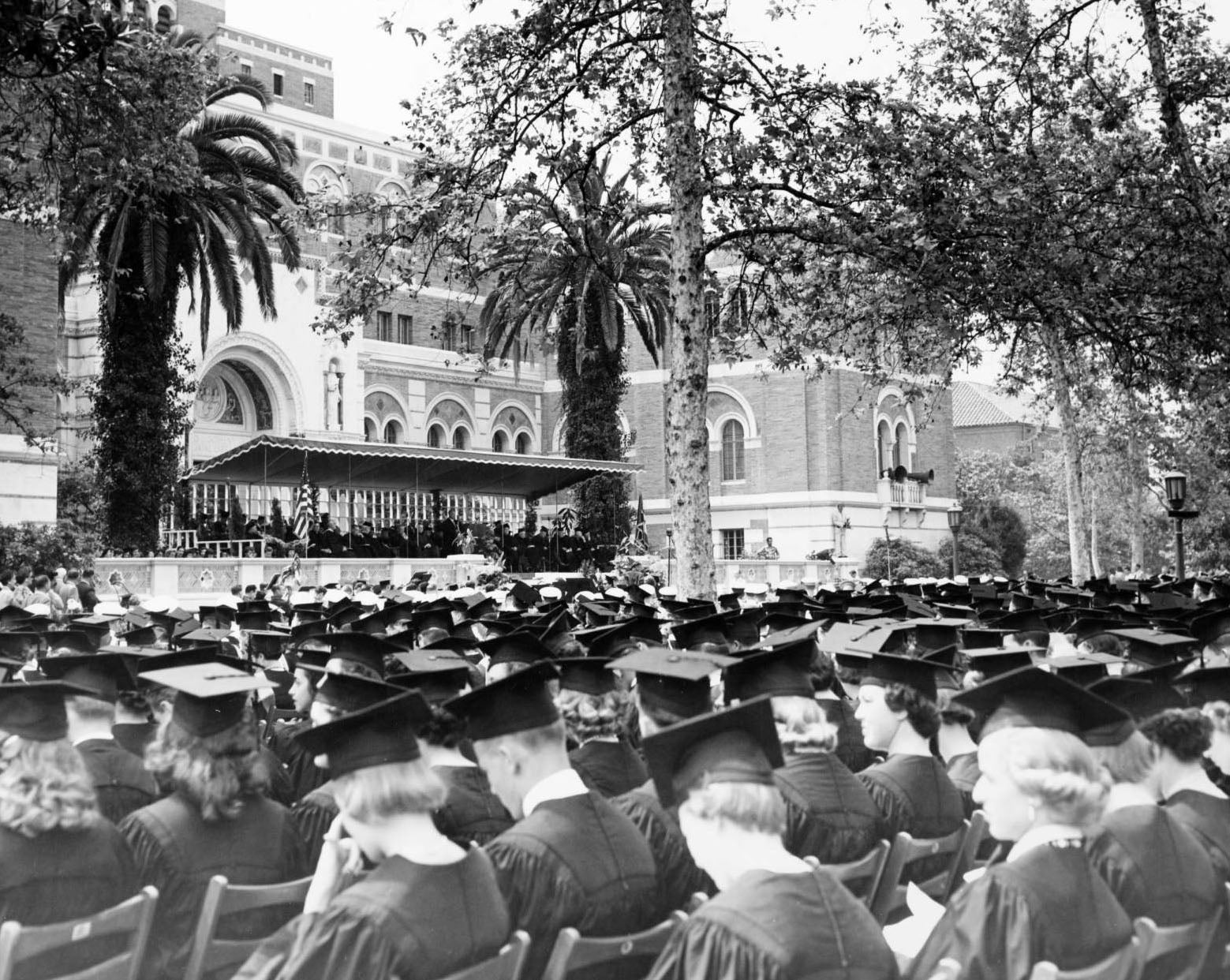 The University of Southern California holds its 133rd annual commencement ceremony on Friday, May 13, and this week the USC Libraries host several events to celebrate the academic achievements of USC's students:

In addition, this summer the libraries—in partnership with PKP, the USC School of Social Work, and the Undergraduate Writers Conference—are publishing USC's 2016 Outstanding Academic Papers by Students (OAPS) anthology. And as always, the historic Doheny Memorial Library provides the backdrop for the university's main commencement ceremony, which begins at 8:30 a.m. on Friday, May 13, in Alumni Park.