Highlights from the Floyd C. Covington Papers on Display in Doheny Library

Floyd C. Covington was a civic leader in Los Angeles' African American community from the late 1920s through the 1970s. Through his work as the first Executive Director of the Los Angeles Urban League and his service in the Department of Housing and Urban Development, Covington redefined social welfare and equal opportunity in both employment and housing for various groups in Los Angeles.

Covington's papers—recently processed and now on display in Doheny Library—include photographs, correspondence, posters, and artifacts that revive a number of powerful voices from Los Angeles' Black communities in both the pre- and post-World War II periods. Featured in the exhibit are items that document Covington's early life and education; his leadership of the Los Angeles Urban League during the 1930s and 1940s; the local advances in intergroup relations and equal opportunity initiatives that Covington directed at the U.S. Department of Housing and Urban Development; his strong relationships with both family and community; and his personal creativity in writing, music, and theater.

The USC Libraries acquired the Covington papers in 2017 under the Collections Convergence Initiative, which was created to deepen the convergence of collections with scholarship and creative practice. The Covington displays were organized in conjunction with the Black History Month Symposium that will take place in DML 240 on Monday, February 25th from 2pm to 5pm (see flyer below).

The exhibit is set up in two Doheny Library spaces: along the entrance lobby's hallway leading to the Los Angeles Times Reference Room and in the Special Collections display cases on the second floor. 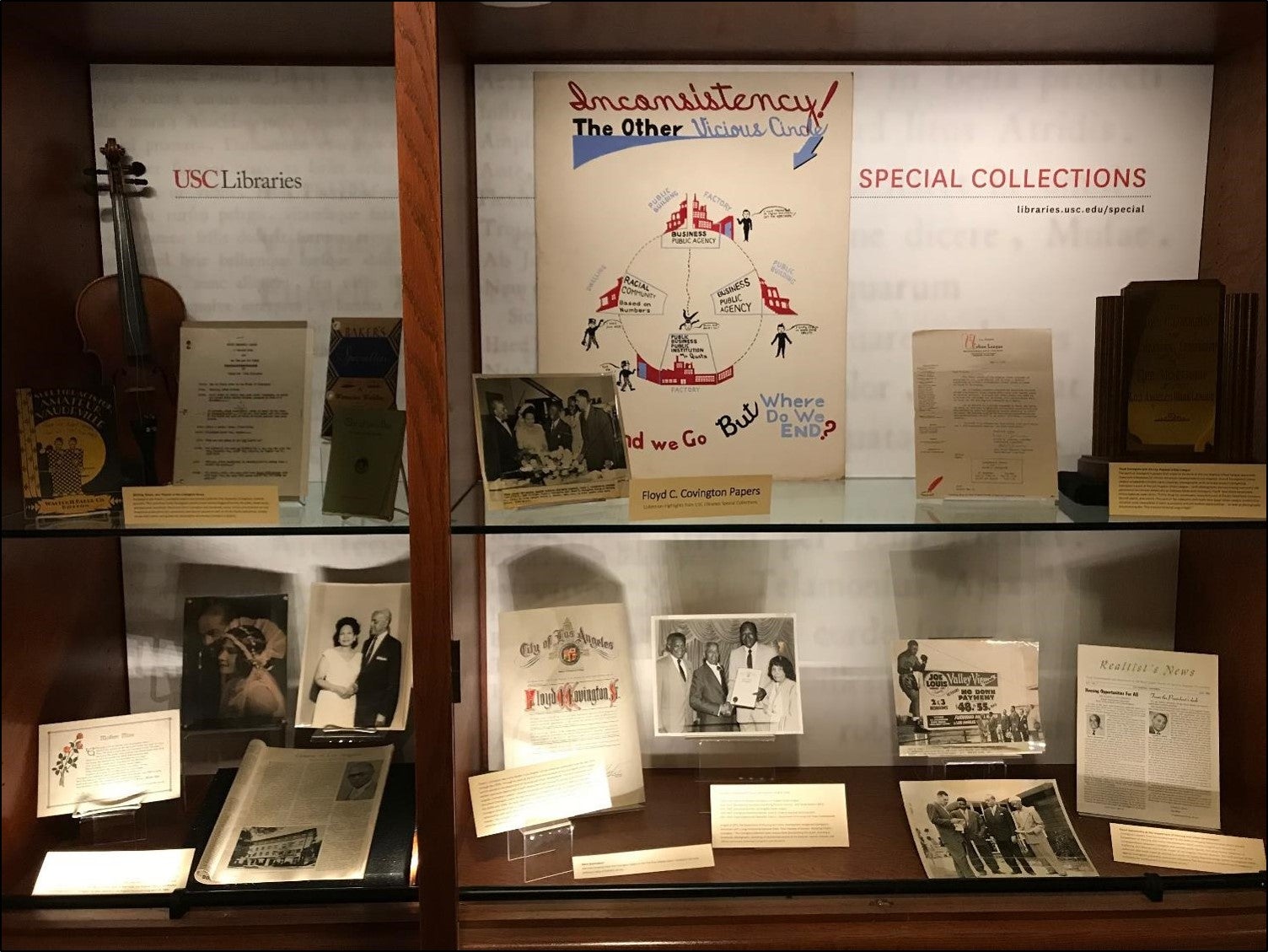 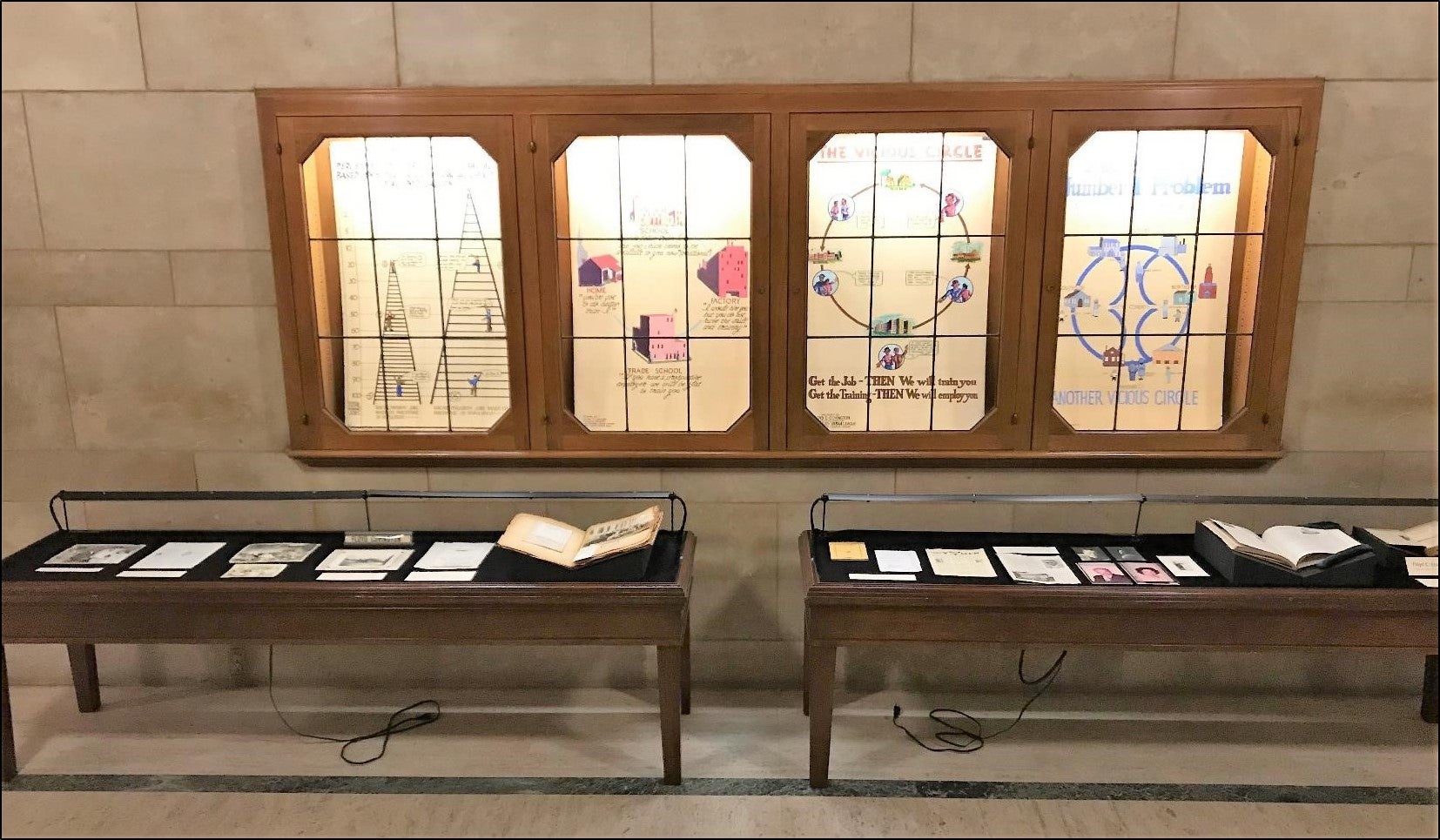 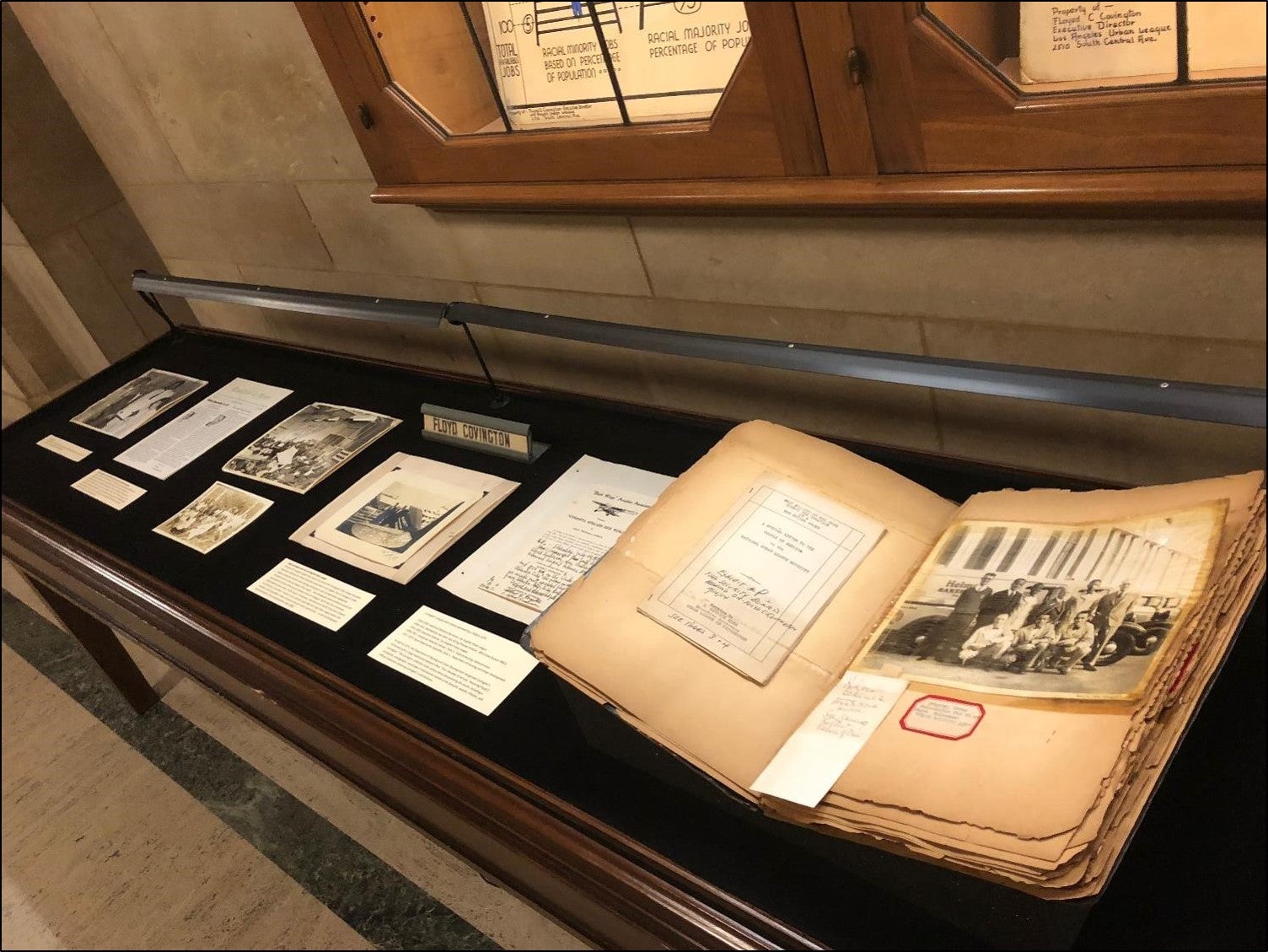 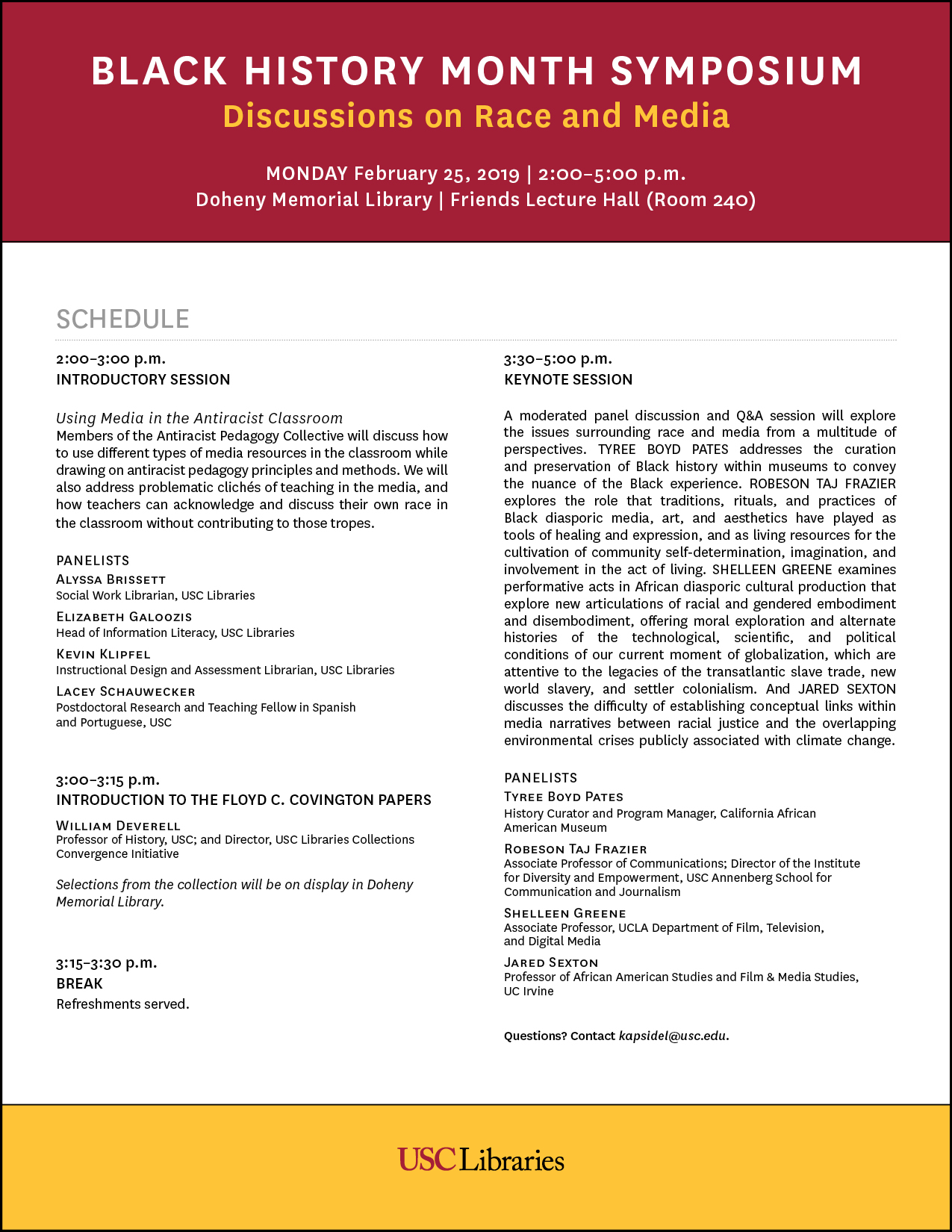