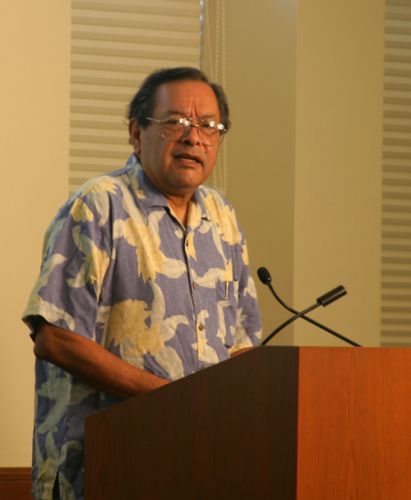 All three days, the emotion that filled Friends Lecture Hall in Doheny Library was palpable. I could smell it, taste it in the air; felt it in the hugs and kisses of well-wishers; saw it in the abrazos and smiles shared in small and big groups; heard it in laughter and excited chatter coming from every corner and aisle in the room, in the hallway, at the reception.

Sedano helped organize last week's event, and his photography of the 1973 festival is currently featured in the exhibition Sueños by the Sea, on display now through December 15 in Doheny Memorial Library's Ground Floor Rotunda.