California as Island? The Valk Map in the USC Chronicle 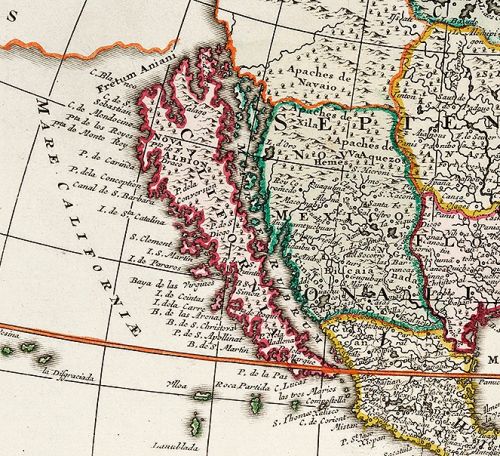 The USC Chronicle recently featured the libraries' rare map of the New World, created by mapmakers Geraldo Valk and his son Leonardo during the 17th century. The map famously depicts California as an island, showing how people viewed North and South America during the 17th and 18th centuries. Very few copies of the Valk Map survive in the collections of U.S. universities.

As part of the From the USC Libraries series, Dan Knapp writes:

A Mistake of Massive Proportions

A 17th-century map depicts California as an island.

As anyone who has taken a wrong turn based on directions from a GPS can attest, maps are not always perfect. While most mistakes are minor and quickly forgotten, others have the power of creating flawed mythologies of an entire region.

For more than a century—beginning in 1622—cartographers around the globe depicted California as a land mass separate from the rest of the North American continent by the Mare Rubrum (Latin for “Red Sea”).

Geraldo Valk and his son Leonardo, two of Holland’s most successful and respected mapmakers, famously reproduced the error when they created an illustration of the North and South American continents for their atlas, Nova Totius Geographica Telluris Projecto. Their illustration was based on previously published maps by renowned cartographers Nicolas Sanson and Hugo Allard.

The copper-engraved, hand-colored America aurea pars altera mundi’s ornate title cartouche features a Native American receiving a gift of gold from a kneeling subject amid exotic flora and fauna indigenous to the two continents. The topography of the map includes both mountains and forests.

Many scholars trace this specific cartographic error to the 1592 claims of Juan de la Fuca. The explorer said that he had extensively navigated the Western coast of North America and, possibly, located the legendary Northwest Passage.

Prior to de la Fuca’s boasts, California had been correctly identified as a peninsula.

Even after Jesuit missionary Father Kino walked from the area that is now New Mexico to Northern California’s coast in the early 1700s, many cartographers refused to depict California as anything other than an island.

It took an edict from Spain’s King Ferdinand in 1747 to end the publication of maps supporting the theory of a California entirely surrounded by the sea.

The Valk map was reproduced for more than a decade, however only a few copies survive and are available for study at only a handful of U.S. universities. 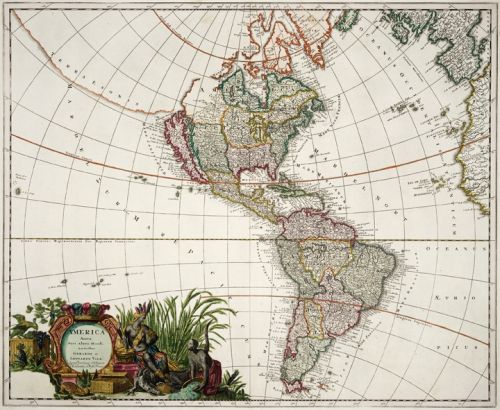