Instructions for the education of a daughter 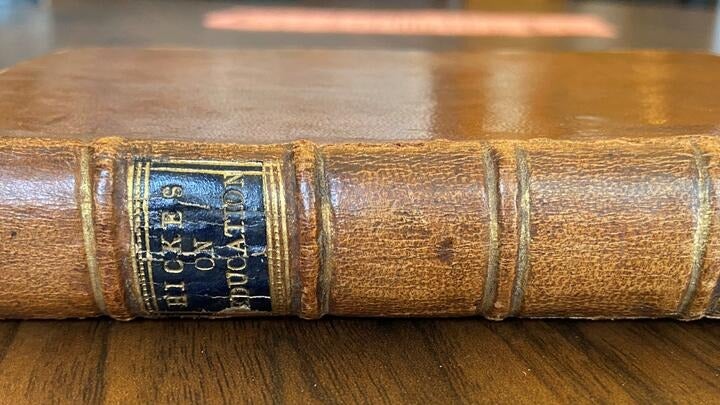 
Fenelon is today best remembered for his novel, "The Adventure of Telemachus", published in 1699, and this is how he is identified on the title page of this volume, a translation of his 1681 treatise on the education of girls. This treatise was written while Fenelon, a Roman Catholic archbishop, theologian and poet, was director of a community in Paris for young Huguenot girls who had been removed from their families and were preparing to join the Church of Rome. The treatise was considered a progressive work for its time due to its support for the education of women, and as a result it received a great deal of attention; one of the results of this was Fenelon's assignment as a missionary to the French Huguenots. Fenelon had a long and distinguished career, authoring a number of important theological tracts, serving as tutor to Louis XIV's children, becoming involved in some of the more divisive theological issues of his day, and being named a member of the Academie Francaise. This edition was translated and expanded upon by Dr. George Hickes in 1750 to include "A small tract of instructions for the conduct of young ladies of the highest rank".