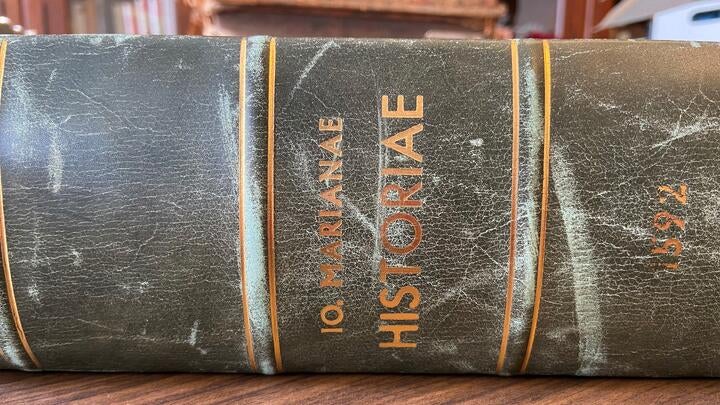 
Juan de Mariana was a Spanish Jesuit priest, scholastic, historian, and member of the Monarchomachs (theologians who, at the end of the 16th century, opposed monarchy). His "Historiae" is considered his greatest work. By the time it was completed in 1605 it consisted of thirty books. Special Collections' copy, published in 1592, contains the original twenty, and is a first edition of the work. The text is a history of the Iberian Peninsula, and is regarded for its research, accuracy, sagacity and style. It was so well received that Mariana translated it from the original Latin into Spanish, and it was translated into English in 1699.