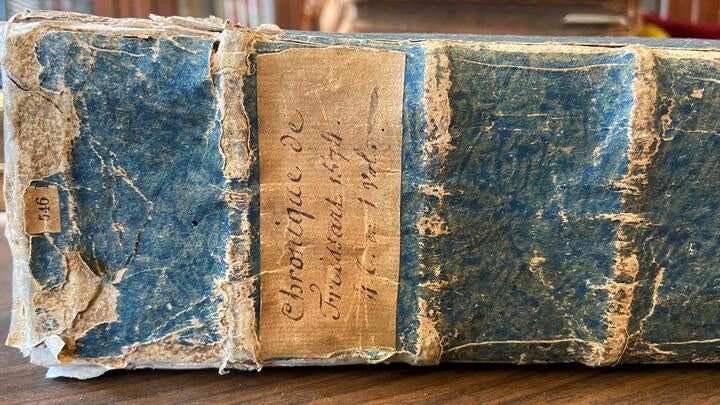 
Jean Froissart was a French-speaking author and historian from the Netherlands who wrote court histories, a long Arthurian romance, and penned a large body of poetry. His most famous work is the "Chronicles", a history of the Hundred Years' War, beginning with the deposition of Edward II in 1326 and covering the period up until 1400. It recounts events not only in England, France, Scotland, and the Low Countries, but also the Iberian Peninsula, Germany, Ireland, the Balkans, Cyprus, Turkey and North Africa. It has long been considered a vital source for informing our understanding of 14th century Europe. It is also one of the longest works written in French prose during the late Middle Ages.